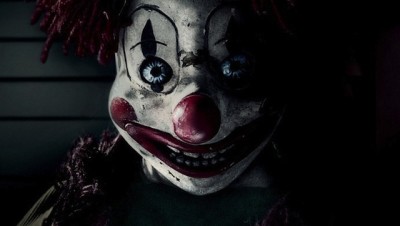 The trouble with remaking a classic movie is that the advantage is always going to lie with the first version. After all, if it is a classic, the odds are that it was pretty good. That is either setting the bar high or setting yourself up for a fall. Whichever way you look at it, the urge to remake a classic has to be handled with care.

Director Rupert Wyatt’s revisiting of the iconic James Caan vehicle The Gambler (2014 directed by Karel Reisz and based on writer James Toback’s own autobiography) is an ideal case in point. Toback’s original was an ever darkening examination of not only the seedier side of life but, more to the point, one man’s battle with his own self-destructive personality.

An English professor with a gambling habit that spirals out of control, the lead role is dragged ever deeper into the darkly criminal waters that contrast all too starkly with his outwardly respectable persona. It is an undeniably dark piece of work.

The remake, whilst staying loosely true to the narrative arc of the original, does so, without managing to capture its disturbing psychological undercurrent. The film is well made, slick and watchable. But it is almost as if, in making an effort to offer something over and above the original – or at least to do justice to its claim to be a remake – the film has devoted its attention to the shape but not the heart of the earlier work.

The end result is a piece of cinema which has all the superficial polish of a well-made drama, but which still lacks the pervasive psychological force of the original. Perhaps this explains the markedly mixed reception which critics have given the film. Mark Wahlberg (pictured above) won praise for his performance as the lead, although the Daily Telegraph’s reviewer, Robbie Collin, pointed to shortcomings in the script and described Wahlberg’s handling of much of it as ‘showboating’. That is hardly a ringing endorsement. Given just how sharply Caan managed to inhabit the original, any comparison was liable to be unfavorable. Perhaps, tellingly, Wahlberg was not first pick for a role that Leonardo DiCaprio seemingly passed up.

That said, the gambling scenes in particular are wonderfully tense. Anyone who has ever watched the spinning of a live roulette wheel with the last of their chips on the table will recognize the heavy sense of tension that makes those scenes so successful.

Unhappily for the remake, the 1974 version of the film stands as a notably sharp point of comparison. Fashions in cinema change just like everywhere else in life, and the contemporary insistence on slick visuals at every turn do not come without a compromise. This is especially the case when the subject matter is as nuanced and as progressive as in this tale of one man’s decline and seemingly inevitable fall.

Perhaps, rather than any cinematic convention, it was the first hand authenticity of the original that gave it the extra edge.
And there is another perhaps even more intangible obstacle that any remake has to overcome. The 40 years (in this case) that have passed since the original was made give it a nostalgic and celebrated mystique, warts-and-all. The odds will always be stacked against anyone trying to manage that feat. Nostalgia and mystique beat slick presentation every time.