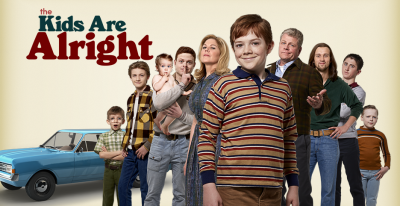 ABC’s Tuesday night comedies – Splitting Up Together and The Kids Are Alright – have received full season orders.

Tuesday night comedies “The Kids Are Alright” and “Splitting Up Together” have been given full-season orders, Channing Dungey, president, ABC Entertainment, announced today.

Sophomore comedy “Splitting Up Together” is developed for American television by Emily Kapnek (“Suburgatory”), who serves as executive producer with Ellen DeGeneres, Dean Holland (“Parks and Recreation”) and Jeff Kleeman (“Little Big Shots”). The series stars Jenna Fischer as Lena, Oliver Hudson as Martin, Bobby Lee as Arthur, Diane Farr as Maya, Lindsay Price as Camille, Olivia Keville as Mae, Van Crosby as Mason and Sander Thomas as Milo. Mette Heeno, Mie Andreasen and Hella Joof are also executive producers. The series is produced by Piece of Pie Productions and A Very Good Production in association with Warner Bros. Television.