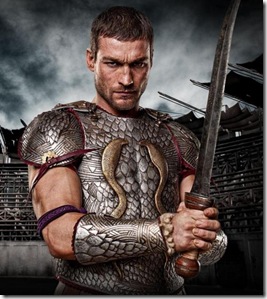 Andy Whitfield will not be returning for a second season of Starz’ original series, Spartacus: Blood and Sand. The Australian actor’s cancer has recurred. Although a planned prequel – Spartacus: Gods of the Arena – will air as planned, Whitfield’s absence has left decisions on continuing the series up in the air.

Andy Whitfield, star of Starz’s “Spartacus: Blood and Sand,” has been advised by his doctors to immediately resume aggressive treatment for a recurrence of cancer, as a result of which he will not be returning for the series’ second season, which was tentatively set to air in September 2011.

“It’s with a deep sense of disappointment that I must step aside from such an exceptional project as Spartacus‚ and all the wonderful people involved. It seems that it is time for myself and my family to embark on another extraordinary journey. Thank you sincerely for the support so far,” said Whitfield.

“Our hearts and prayers are with Andy and his family during this difficult time,” said Starz President and CEO Chris Albrecht. “Andy is not only an incredible actor whose portrayal of Spartacus made an indelible impression on Starz audiences, he is also an amazing human being whose courage, strength, and grace in the face of adversity have inspired all of us.”

No decisions have yet been made about the future of the series. “Right now, we just want to extend our concern and support to Andy and his family,” said Carmi Zlotnik, Managing Director, Starz Media. “We will address our programming plans at some later date.”

Starz still plans to air the prequel to “Spartacus: Blood and Sand” in January 2011. Entitled “Spartacus: Gods of the Arena,” it focuses on the House of Batiatus before Spartacus arrives in Capua and stars returning cast members John Hannah, Lucy Lawless, Peter Mensah and Manu Bennett, along with newcomer Dustin Clare.