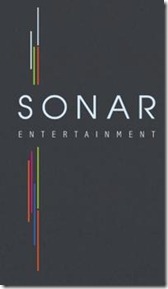 Details – including brief synopses and main cast members – from the press release follow the jump.

NEW YORK, July 30, 2012 – Principal photography has begun on three new epic four-hour mini-series events for television. The three, Ring of Fire, Eve of Destruction and Delete, have all begun production in Vancouver. Ring of Fire and Eve of Destruction are from Reunion Pictures. Delete is from Brightlight Pictures. The titles are part of Sonar Entertainment’s new Disaster Pack collection of five original mini-series to be available for distribution by Sonar later this year.

The earth rocks in Ring of Fire, a terrifying and all too plausible end-of-the-world warning, starring Michael Vartan (Alias), Lauren Lee Smith (CSI), Terry O’Quinn (Lost) and Agam Darshi (Dead Zone). When an oil rig causes a volcanic eruption in a small town, it’s just the first in a trigger effect called the Ring of Fire that stretches across the globe. If these cataclysmic series of eruptions cannot be stopped, the earth will be swallowed whole, leading to an extinction level event. Ring of Fire is directed by Paul Shapiro (Smallville) and written by Michael Vickerman (Impact).

Steven Weber (Wings), Christina Cox (Blood Ties) and Treat Williams (Everwood) star in Eve of Destruction. When two scientists attempt to discover unlimited energy, their experiment is hijacked and sabotaged by eco-terrorists. The result is a dark energy black hole that could destroy the planet. Eve of Destruction is directed by Rob Lieberman (Earthsea) and written by Richard Beattie (True Justice).

Reunion Pictures (www.reunionpictures.ca) is a Canadian-based company that develops and finances high quality television and multi-platform properties. Launched in 2004 with the partners’ experience of having collectively produced over a billion dollars worth of award-winning filmed entertainment, Reunion Pictures has received multiple Emmy and Golden Globe nominations, and has won Genies and Gemini’s as well as the prestigious George Foster Peabody Award for Excellence in Television, and produced a #1 US network mini-series (10.5), and three #1 cable mini-series (Alice, Tin Man and Earthsea, all with RHI Entertainment for SyFy Channel). Currently Reunion Pictures is in production on its first season of Continuum, a sci-fi police procedural for Shaw Media.

Sonar Entertainment, Inc. is a leading developer, producer and distributor of award-winning television series, mini-series and movies for the global television marketplace. Sonar owns rights to over 1,000 titles comprising more than 3,500 broadcast hours of programming. The company maintains strategic creative and licensing partnerships with producers and broadcasters throughout the world.