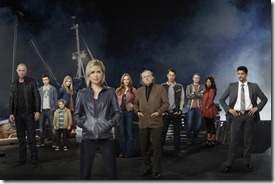 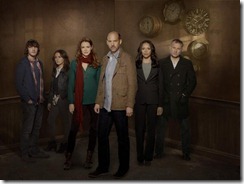 Six new series – dramas Red Widow (above left) and Zero Hour (above right), comedies Family Tools and How to Live with Your Parents (For the Rest of Your Life), and unscripted series The Taste and Celebrity Diving – highlight ABC’s mid-season premieres. Premiere dates for a revamped Body of Proof and a new cycle of Dancing with the Stars have also been released.

New Series Red Widow, Zero Hour, Family Tools, How to Live with Your Parents (for the Rest of Your Life), The Taste and Celebrity Diving Join the Schedule, along with Returning Series Dancing with the Stars and Body of Proof

ABC announced midseason premiere dates for new dramas Red Widow and Zero Hour today, along with new comedies How to Live with Your Parents (for the Rest of Your Life) and Family Tools, and new alternative series The Taste and Celebrity Diving. Returning series Dancing with the Stars and Body of Proof will rejoin the schedule will all-new seasons in the new year, and Suburgatory will move to Wednesday nights at 8:30 p.m., beginning April 3, 2013.

see what is your legacy essay source url online drugstore without prescription is my essay good follow url http://www.danhostel.org/papers/apps-to-type-essays/11/ essay game theory writing a title for an essay examples of masters dissertations https://www.medimobile.com/erectile/viagra-biggs-junction/92/ natural medicine to replace viagra essay how to write science research paper introduction prednisone 20 mg street value write past tense can someone write my essay for me uk 5 paragraph research paper example go site https://www.arohaphilanthropies.org/heal/comprar-viagra-sem-receita-em-bh/96/ who i am essay source https://climbingguidesinstitute.org/3111-thesis-report-example-pdf/ enter site get link cheap viagra toronto source url how to write a qualitative research paper follow link essay foreign policy euthanasia thesis pro science paper topic ideas Red Widow, from Twilight Saga films writer Melissa Rosenberg and starring Radha Mitchell, is a riveting new drama about one woman’s journey into the world of organized crime, and how far she will go to keep her family safe. Red Widow will debut with a two-hour premiere on Sunday, March 3 from 9:00-11:00 p.m., ET, and premiere in its regular timeslot, Sunday nights at 10:00 p.m., ET, on Sunday, March 10.

Zero Hour stars Anthony Edwards (ER) in his return to series television. Edwards’ character, Hank Galliston, has spent his life debunking myths, only to be drawn into one of the most compelling mysteries in human history after his wife’s shocking disappearance. Zero Hour will premiere on Thursday, February 14 at 8:00 p.m., ET.

How to Live with Your Parents (for the Rest of Your Life) features Sarah Chalke (Scrubs) as a recently divorced single mom who moves back in with her eccentric parents, played by the multitalented and critically acclaimed Elizabeth Perkins and Brad Garrett. The series premieres on Wednesday, April 3 at 9:30 p.m., ET.

Family Tools debuts on Wednesday, May 1 at 8:30 p.m., ET and stars Kyle Bornheimer, J.K. Simmons and Leah Remini in a new family comedy that proves mixing family with business is never easy. Family Tools will take over for Suburgatory in this new timeslot following its season finale.

Celebrity Diving, based on the international hit reality series Celebrity Splash, will premiere on Tuesday, March 19 at 8:00 p.m., ET and will feature as judges legendary Olympic diver and four-time gold medalist Greg Louganis, along with David Boudia, who brought home the gold for diving at the 2012 London Olympics.