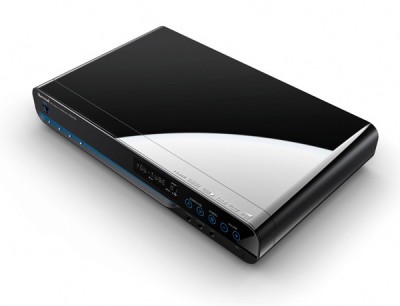 A few weeks ago I received a review unit of Sherwood’s Netboxx 7.1 Surround Sound receiver. At $649 clams (you can get it on Amazon for under $500) I kind of expected this thing to come with some speakers and a nice base subwoofer, but nope, it was just the receiver. Luckily after a few failed attempts I finally got the system to work with my Sony Soundbar set up. Since I wasn’t able to review the audio to it’s fullest capacity, I’m not going to spend much time on it. This Audio Sound receiver is unique in that it’s one of the few on the market that also doubles as an Internet Receiver and Media Center. Since the audio on this thing sounds fantastic through my Sony Soundbar set up I can only assume if I properly configured the 7.1 aspect of this machine it’d be a beast. So let’s talk about the hardware and the Internet Functions.

This is one sleek looking box and boasts a ton of different connections. It has 3 HDMI connections, Optical In Jack, Two USB Ports – one on the front and one in the back, two Digital In Jacks, Network Jack and of course all the inputs required for 700 Watts of 7.1 Surround sound goodness. The glaring omission – no built in WiFi. How can you promote this thing as an Internet Media Center, but neglect to include a built in WiFi card? It’s certainly big enough for one. Instead Sherwood sent along a USB WiFi enabled dongle. 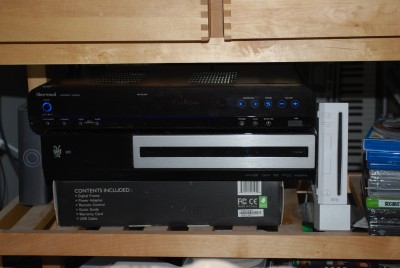 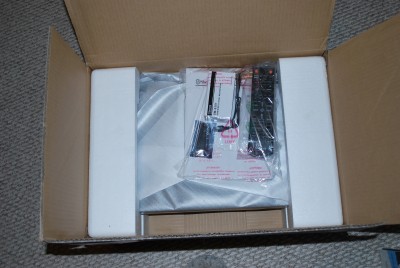 This is a pretty solid piece of hardware, there are two things I don’t like – it has vents on the top of the unit, so forget trying to stack other gear on top of it. In my tests it doesn’t appear to generate a lot of heat, but I’d rather be safe than sorry. The other drawback is the LED lights are out of control – they are big, bright, blue and light up my room like a Christmas tree. Why manufacturers insist on adding LED lights to Entertainment gear is beyond me. I want to be able to watch programs in the dark without giant lights distracting me. 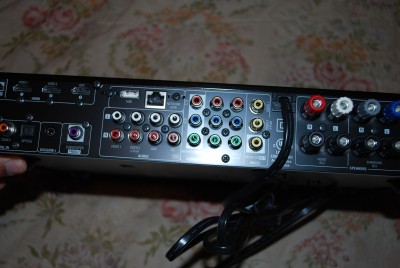 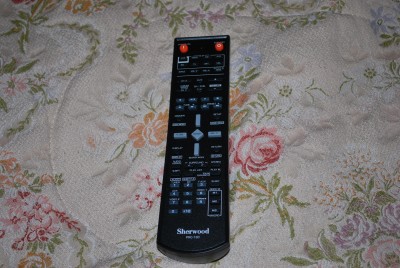 It decodes all the popular Codecs including Dolby Digital, Dolby TrueHD, Dolby Digital EX, DTS-HD and more. Once properly set up your house should be shaking and quaking.
Not only does this receiver do Internet, but it also doubles nicely as a FM Receiver. With a proper antenna it worked pretty well. The included remote control is big, clunky, with really small buttons. This is not a good combination. It took me several minutes to figure out how to do some basic functions like navigate onscreen menus.

I’ve always been a believer in Internet Television, but not really the concept of “convergence.” When I watch television it’s meant to be a passive activity, I don’t want to be searching the web or distracted by tweeting and facebooking. My idea of “convergence” is just having the ability to watch streamed content on my Television with minimal hassles. Unfortunately, at this stage, the Netboxx isn’t the appliance to get you to the Promised Land. 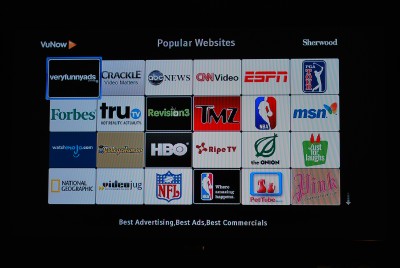 The interface is really smooth and easy to get around but where’s the content? If Sherwood is going to market this thing as a Netboxx instead of an excellent 7.1 HD Receiver that just happens to be internet enabled then I could just let it’s lack of content go. 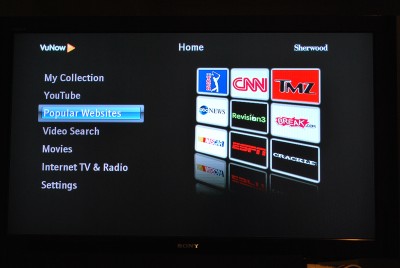 When you turn the system on it gathers all the available channels in its network. Content is divided into several categories including Popular Websites and Internet/Video. In many cases both sections contain the same content. The menu looks pretty but is kind of a mess. The channels are not displayed in a logical order and I didn’t readily see where to sort channels or add channels to my favorites area. 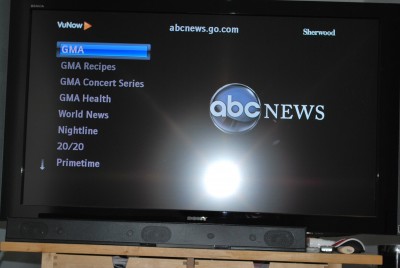 The initial selection looked intriguing: HBO, CNN Video, Hulu through PlayOn, Revision 3, ABC News, CinemaNow, some local news stations, TMZ, and other stations. Unfortunately most of the 40 or so channels aren’t ready to be launched yet. I managed to get into ABC, CNN and Revision 3, the quality of the video stream wasn’t that good and didn’t scale at all and it didn’t offer different quality settings for the video. There’s an area Called favorites where you can store all your bookmarked content, but there’s nowhere where I could actually search the web and manually add my own channels.

If you can get it for the $500 price on Amazon and as a pretty robust A/V receiver it’s well worth the money. Just don’t get it thinking you’ll get any use out of the Net part of its title.