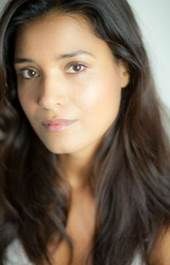 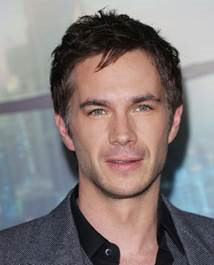 Starz’s supernatural spy series has added Shelley Conn and James D’Arcy to its cast – Conn as a high-level operative responsible for creating elaborate cover stories to obscure her agency’s role in shaping geopolitics; and D’Arcy as an agency operative in forced retirement.

FROM STARZ, Lionsgate AND Liberty Global

“The Rook” is a supernatural spy thriller produced by Lionsgate and Liberty Global (NASDAQ: LBTYA, LBTYB, LBTYK) and is adapted and co-produced by Sam Holcroft and Al Muriel, drawn from Daniel O’Malley’s novel. Lisa Zwerling (“Betrayal,” “FlashForward,” “ER”) and Karyn Usher (“Bones,” “Prison Break,” “Backstrom”) will serve as executive producers via their their Carpool Entertainment production company, alongside Stephen Garrett (“The Night Manager,” “Hunted”) who also serves as executive producer under his Character 7 banner.

Shelley Conn will portray Danielle Wulff, classified as a Chevalier within the hierarchy of the Checquy. Wulff is a high-level operative responsible for creating elaborate cover stories to obscure her agency’s role in shaping geopolitics. Her uncanny ability to synthesize huge amounts of data to control public perception will be tested as the agency’s secrecy comes increasingly under fire.

James D’Arcy will play the role of Dr. Andrew Bristol, an agency operative in forced retirement who holds a key to Myfawny’s past.

Shelley Conn can currently be seen in the BBC/Sundance TV series, “Liar.” She was also one of the leads of the NBC series “Heartbeat,” Lifetime’s original series “The Lottery,” “24: Love another Day” for Fox and the Fox Television series “Terra Nova” for Steven Spielberg.

She has starred in many high- profile film and television projects in the UK including the BBC drama “Mistresses,” “Strike Back,” “W1A,” “Marchlands” (The Oaks), “Party Animals,” “Dead Set,” “Back and Raw” for RTE in Ireland. Conn’s feature film credits include Charlie and the Chocolate Factory opposite Johnny Depp, the James L. Brooks’ film How Do You Know and Nina’s Heavenly Delights. Conn was featured in Variety as one of the Top 10 Faces to Watch on TV. She studied Drama at Bretton Hall and trained at the Webber Douglas Academy of Dramatic Art.

James D’Arcy trained at the London Academy of Music and Dramatic Art (LAMDA). D’Arcy commenced his television career straight out of drama school with roles in hit British shows such as “Silent Witness” and “Dalziel and Pascoe.” Building on many successful television and film roles D’Arcy’s performances for television include “Homeland,” Marvel’s “Agent Carter,” “Das Boot” and “Broadchurch.” On film D’Arcy’s credits include Wilde, Master and Commander, Cloud Atlas, The Snowman and Christopher Nolan’s Dunkirk.

Conn and D’Arcy join the star-studded cast of “The Rook” which includes Emma Greenwell, Joely Richardson, Olivia Munn, Adrian Lester, Ronan Raftery, Catherine Steadman and Jon Fletcher, along with Kari Skogland as the director of the premiere episode.

STARZ Original Series “The Rook,” tells the story of Myfanwy Thomas, a woman who wakes up in London with no memory of who she is and no way to explain the circle of dead bodies around her. When she discovers she’s a high ranking official in the Checquy, Britain’s secret service for people with paranormal abilities, she’ll have to navigate the dangerous and complex world of the agency to uncover who wiped her memory and why she’s a target.

The series will air on STARZ in the U.S. in 2019. At the same time, Liberty Global will feature the series exclusively on demand across its European footprint, while Liberty Latin America will do the same across in its markets in Latin America and the Caribbean. Lionsgate will distribute the series worldwide.