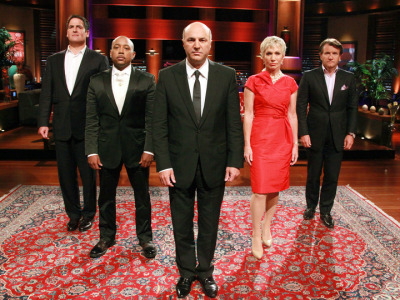 From the producers of the Emmy-winning reality series, “Shark Tank,” comes the launch of a new companion series for ABC, “Beyond the Tank.” The ten one-hour episodes from Sony Pictures Television and United Artists Media Group will explore the opportunities and challenges that come after striking a deal on “Shark Tank.” The series will air on ABC.

Audiences familiar with the compelling ups and downs of the negotiations will be further engaged in the drama that takes place after the entrepreneurs’ appearance on “Shark Tank.” What lies in the aftermath of their investment? Did a promising deal turn sour or launch a million dollar profit margin? After closer inspection of the business, did the Sharks or the entrepreneur back out of the deal?

“Beyond the Tank” will feature a look back at past “Shark Tank” pitches and deals to examine the highs and lows that can come from an appearance in the tank. The series will revisit entrepreneurs whose businesses were groundbreaking in terms of their technology, business model or branding who have taken their business to new heights with the help of the Sharks, entrepreneurs and their Shark investors who gambled on their businesses and lost, businesses that multiple sharks fought hard against each other to secure and even those entrepreneurs who did not get deals from the Sharks, but continued on in pursuit of their dream.

Mark Burnett, Clay Newbill and Phil Gurin are the executive producers of “Shark Tank,” which is based on the Japanese “Dragons’ Den” format created by Nippon Television Network Corporation. The series is produced by United Artists Media Group in association with Sony Pictures Television.