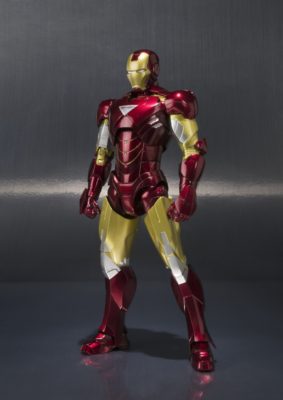 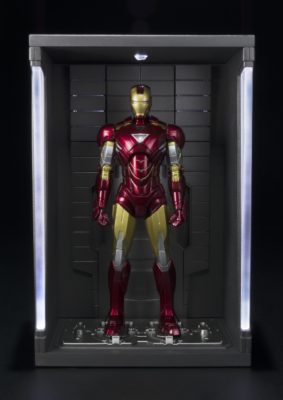 Read on for all the details – and a gallery featuring the set (double click to embiggen).

Set to be released exclusively for the U.S. market in April 2017, this is the first S.H.Figuarts Marvel figure to be made officially available for U.S.-based collectors and features the exquisite level of detail that has made the S.H.Figuarts line a favorite among collectors.

The S.H.Figuarts Iron Man Mark VI figure is beautifully constructed with hybrid materials and features up to 15 points of articulation to create endless posing possibilities. The Iron Man Mark VI and Hall of Armor Set will carry an MSRP of $119.99 from authorized Bluefin retailers nationwide and also from a variety of leading online outlets.