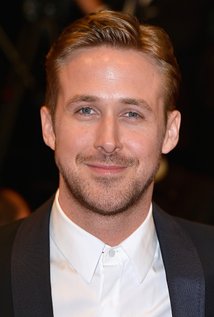 Ryan Gosling, whose film Blade Runner 2049 opens on October 6th, will host the 43rd season premiere of Saturday Night live. It will be his second time as host.

NEW YORK — Sept. 21, 2017 — “Saturday Night Live” will kick off its upcoming 43rd season on Sept. 30 with host Ryan Gosling and musical guest Jay-Z.  Returning for the second time as host, the twice Oscar-nominated Gosling is set to star in the sci-fi drama “Blade Runner 2049,” which opens Oct. 6.

Accompanying Gosling on the season premiere will be Grammy Award-winning icon Jay-Z, who will be making his fourth appearance as musical guest. Jay-Z’s album “4:44” was released in June, and he will embark on a world tour beginning Oct. 27.

Gadot, who will be making her first “SNL” appearance, starred in summer’s #1 film, “Wonder Woman,” which earned more than $400 million at the domestic box office. Gadot will next co-star in the highly anticipated “Justice League,” arriving in theaters Nov. 17.

Joining Gadot will be Grammy-, Oscar- and Golden Globe-winning artist Sam Smith, marking his second visit to “SNL” as musical guest. Smith dropped a new single, “Too Good at Goodbyes,” on Sept. 8 in preparation for his upcoming second studio album release.

Kumail Nanjiani will host the season’s third show on Oct. 14, marking his debut. Nanjiani stars as Dinesh Chugtai in HBO’s “Silicon Valley” and most recently wrote and starred in the critically-acclaimed film “The Big Sick.”

Grammy Award-winning artist P!nk will join Nanjiani for the season’s third episode as musical guest. Her seventh studio album, “Beautiful Trauma,” is due out Oct. 13. P!nk was recently honored at the MTV VMAs with the Michael Jackson Video Vanguard Award in August.

This season “Saturday Night Live” will air live simultaneously around the country.