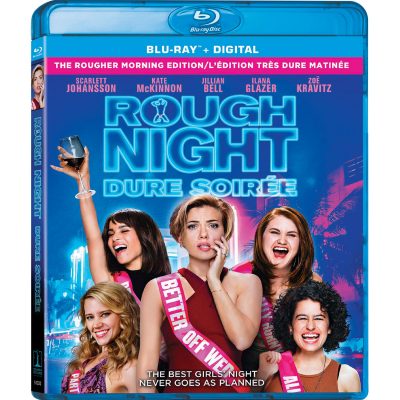 Rough Night – an R-rated comedy that fuses elements of Bridesmaids and A Weekend at Bernie’s – follows five best friends from college who reunite for a bachelorette party that goes horribly wrong.

Rough Night is available on Digital on Friday, August 25th – with the Rougher Morning Edition on Blu-ray and DVD on September 5th.

Get the Party Started Early on Digital Friday, August 25

Five best friends from college (Johansson, McKinnon, Bell, Glazer and Kravitz) reunite 10 years later for a wild weekend getaway in Miami. Their outrageous antics and hard partying result in hilariously unexpected consequences, which land them in a seemingly impossible situation to escape.

ROUGH NIGHT has a run time of approximately 101 minutes and is rated 14A for crude sexual content, language throughout, drug use and brief bloody images.