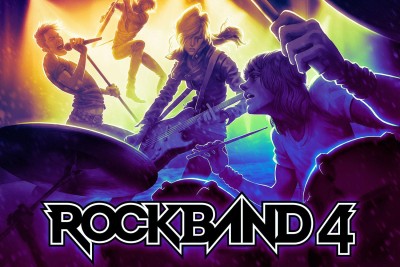 I refuse to go down this well again, no really I mean it! I’m still salty about the fact that I had 500 tracks and lots of musical instruments left from the last band wars. But who am I kidding, I’m a sucker, I’ll probably dive back in. Rock Band is hitting the streets Oct 6.  I’m getting old, because I don’t know who any of these groups are. But then I’d never heard the greatness that was Renegades or YYZ before the last round of music games.

“With fewer than 20 days from release, we’re excited to announce the final group of soundtrack songs so that music game fans have a clearer picture of what they’ll be rocking out to with their friends and family this October,” said Product Manager Daniel Sussman. “And this is just the start – with more than 1500 songs available on the Music Store at launch and more to come, we’re confident that Rock Band 4 will provide the best music gaming experience for fans this fall.”

Tracks announced today to be included on the Rock Band 4 disc are:

Winner of multiple awards and nominations at the 2015 Electronic Entertainment Expo (E3), including “Best Music Game” from IGN and Game Informer, Rock Band 4 delivers the ecstatic rush of a live full-band game experience like never before. Rock Band 4 builds on the core gameplay people love, with brand new features, including game-changing Freestyle Guitar Solo gameplay that allows players to craft their own face-melting and truly original guitar solos.

Rock Band 4, the next generation of the award-winning social and interactive music gaming platform launches globally on October 6, 2015 for Xbox One and the PlayStation®4 computer entertainment system.