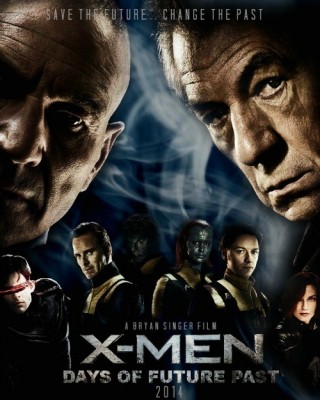 This is one of those times when I really hate being a film critic. While watching X-Men: Days of Future Past, I thought to myself “This is an ugly looking film, but I’m enjoying the heck out of it.” Now that I really have to think about it, its flaws are too big to simply ignore.

Many folks don’t give the first two X-Men films the credit they deserve. People want to ignore the fact that they were high water marks for the genre in both critical and audience praise and are responsible for reviving our love affair for modern super hero films. Without the success of those films we wouldn’t have had Raimi’s Spider-Man films or Nolan’s Batman. So let’s give credit where it is due.

Unfortunately all it took was one bad film, X3, for people to crap all over every X-Men film. I think it was unfairly bashed – there was no way they were going to do Dark Phoenix justice. Did people really think they’d have Kree, Skrulls, and Star Jammers in the film? Former franchise Director Bryan Singer returns like a conquering hero to fix all that ills the X-Men. After his disastrous Superman Returns, maybe Singer is a flawed savior. 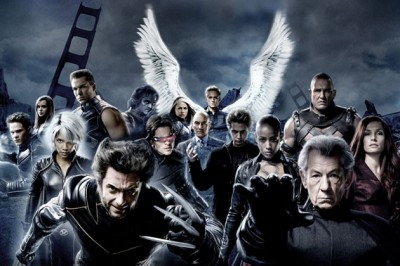 X-Men Days of Futures Past thumb its nose at the Avengers. You want a team of heroes? I’ll give you one of the biggest casts of heroes ever assembled! My entire review can be taken up just naming the cast and all the characters.

It very easily could have been a confused mess but writers Simon Kinberg (screenplay), Jane Goldman (story) and two others, do a brilliant job of compartmentalizing the story and boiling it down to a core nucleus of heroes and villains – Wolverine (Hugh Jackman), Kitty Pride (Ellen Page), Professor Xavier (James McAvoy)Magneto (Michael Fassbender), Beast (Nicholas Hoult), Dr. Trask (Peter Dinklage) and Mystique (Jennifer Lawrence). Everyone one else is there to chew scenery and be cannon fodder. 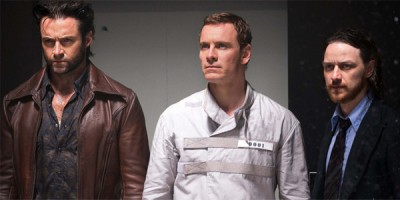 Singer stripped the story to the bone and the film suffers for it. It all boils down to Mystique killing evil Dr. Trask triggers a chain of events that destroys the future and Wolverine has to travel back to stop it from happening. The only two people that may be able to stop Mystique are Xavier and Magneto. While there was a nice balance here, the film still suffers a bit from the too many characters syndrome, but not how you expect. Too much time is spent with the core at the expense of everyone else. Frankly, I’m sick of Wolverine, don’t they have other villains besides Magneto? There’s a noticeable lack of character growth.

A surprising highlight in the movie was Quicksilver (Evan Peters) inclusion in the plot to free Magneto from prison. His sequence was fun and Peters did a great job of showcasing his cockiness, without being overbearing. The SFX used to showcase his speed powers were nicely done. The upcoming Flash TV series should take note, but not overdo it.

As an old school Marvel Fan, The X-Men were never my thing – the world was just too big and involved to invest time and money in. So my knowledge is based solely on the amazing animated series and movie franchise. Can someone please explain Bishop (Omar Sy) to me? I know he’s a huge deal in the comics, but I never understood his powers. 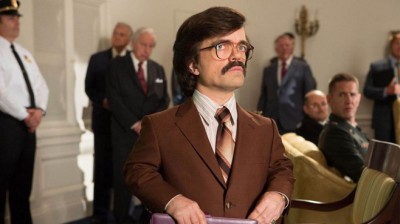 The acting was uniformly excellent and the casting almost perfect. As much as I love me some Dinklage, he seemed completely out of place in this film. His hair, makeup and costumes kind of turned him into a weird caricature and while his character was vital to the story, the film provided zero back-story for his fear of mutants, other than saying they are different.

Time paradoxes don’t exist in this dojo, which made me happy. We didn’t get any long-winded explanations or dissertations on cause and effect, it was go back and change it. It starts to fall apart a bit in the 3rd act when they jump to the future and you see that while things changed in the past it had no impact on their future – even though it should have. 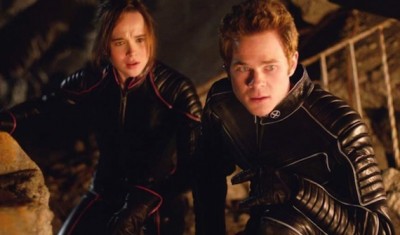 Jon Ottman’s score doesn’t over power the movie at all, it’s actually not utilized to it’s full potential and is very subtle, but I’ll never get tired of hearing the theme song from the old Animated series. It always puts a smile on my face. I need to see this film again before I properly comment on Newton Thomas Sigel ‘s Cinematography, but the future world looked pretty terrible in 3D. It looked like it was shot too dark and can we please have a Dystopian future where the entire world isn’t shot in shades of Gray, black and drab blue? I know the future is depressing, but there must be color somewhere.

One thing a second viewing wouldn’t help is how repetitive the film starts getting at about the halfway mark. The first problem occurs early on. After witnessing a really cool, but brutal opening sequence, Kitty explains that she has the ability to return a few days in the past to prevent what just occurred. At that point the heart-pounding opening is ruined because the stakes of life and death become muted. 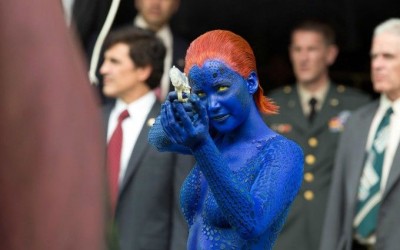 There are several future battle sequences that all look amazing, but there are no stakes and at some point I stopped caring that my favorite heroes were dying – not to mention it was same group of mutants and Mystique’s scenes started to get repetitive and formulaic.

Can I also say the film weirdly lacked females without getting yelled at? Yes, I know it is entirely based on Mystique but she’s hardly in the film, even though her role is pretty pivotal and the same goes with Kitty Pride. Both characters are only in it for about 5 or 10 minutes. But Singer and his editors do a nice job of spacing those appearances out to make it seem like they are important.

I’m not saying X-Men Days of Future Past is a bad film (I’ll probably watch it a couple of more times). I don’t think they could have done a much better job without rewriting the entire story, but it feels like it could have been so much more with a few snips and additions. Certainly better than X-3, but it felt a bit like a retread of the far superior X-Men: First Class.

3 thoughts on “Review: X-Men Days of Future Past is Disappointing”