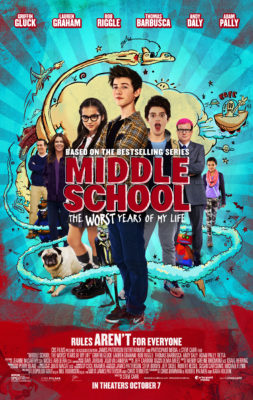 If you’ve ever had a middle school/high school principal who was a petty tyrant, then you might just enjoy the juvenile-yet-witty hijinx of Middle School: The Worst Years of My Life.

Check out the new trailer after the jump. Middle School opens on October 7th.