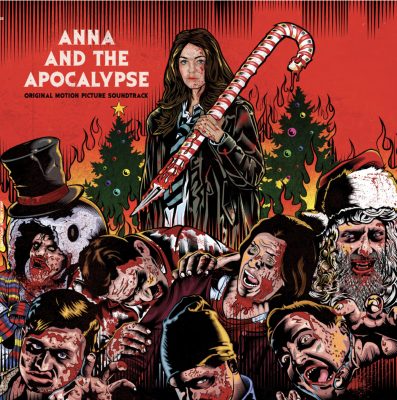 Orion Pictures and Interscope Records have announced the release date for the Original Motion Picture Soundtrack for Anna and the Apocalypse – Black Friday (November 23rd). Preorders are being taken. Details follow.

Anna and the Apocalypse will be in select theaters on November 30th before expanding nationwide on December 7th.

On behalf of Orion Pictures and Interscope Records we’re excited to announce that the Original Motion Picture Soundtrack for ANNA AND THE APOCALYPSE will be released on Black Friday (November 23). Pre-order the album now and listen to the brand-new song “Soldier At War” in addition to the first single “Hollywood Ending.” Don’t miss ANNA AND THE APOCALYPSE in select theaters November 30th, expanding nationwide December 7th.

A zombie apocalypse threatens the sleepy town of Little Haven – at Christmas – forcing Anna (Ella Hunt) and her friends to fight, slash and sing their way to survival, facing the undead in a desperate race to reach their loved ones. But they soon discover that on one is safe in this new world, and with civilization falling apart around them, the only people they can truly rely on are each other…