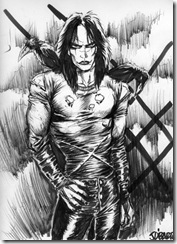 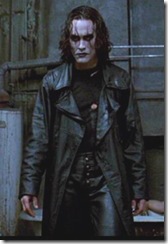 Relativity Media, whose Limitless was their most recent success, has announced plans to reboot The Crow, based on the cult favorite comics series by James O’Barr. The feature is to be directed by Juan Carlos Fresnadillo, the highly regarded directed of 28 Weeks Later and Intacto.

(Beverly Hills, CA) April 7, 2011 – Relativity Media’s President of Worldwide Production Tucker Tooley and Edward R. Pressman, the prolific producer behind The Crow franchise, announced today they have closed a deal for Juan Carlos Fresnadillo (28 Weeks Later) to direct a re-invention of The Crow, the 1994 smash hit film based on the comic book series and comic strip by James O’Barr.  Relativity and Pressman will be teaming with Spain-based Apaches Entertainment on the production which is targeted to start in Fall 2011.

Fresnadillo will collaboratively develop the script once a writer is attached to adapt the screenplay. Casting has not yet been announced.

The Crow adaptation will be a reboot of the iconic cult character Eric Draven, who’s resurrected as The Crow to avenge his wife’s murder so he can reunite with her in the hereafter, as first envisioned by graphic novelist James O’Barr.
“Juan Carlos Fresnadillo is an incredibly talented and imaginative filmmaker,” said Tooley. “We are thrilled to have him at the helm and are excited to work with both Pressman and Apaches on what we all believe will be a compelling and innovative reimagining of The Crow.”

Producer Edward R. Pressman remarks, “The original Crow was groundbreaking cinema; its gothic visual and musical ideas influenced a generation and cinema itself. With Juan Carlos, we have every confidence that his new Crow will have a similar impact on the contemporary audience.”