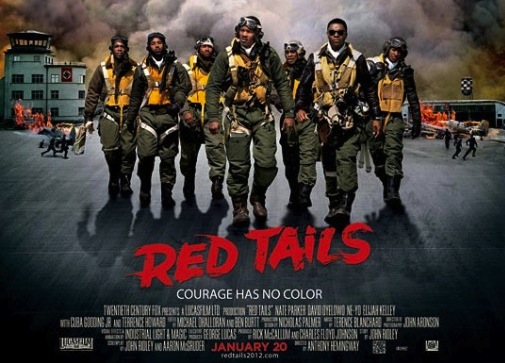 The story of the  Tuskegee Airmen, the first black fighter pilots – who fought bravely in WWII, is one that needs to be told and told often. Several years ago HBO did mini-series about these giants amongst men.  While watching George Lucas’ passion project Red Tails, I could not help but feel like I’ve seen this movie before – only done better.

I’m not sure what it is about Red Tails that makes it fail to connect in a real meaningful way.  The problem is this may be producer George Lucas’ passion project, but he left the directing to Anthony Hemingway whose previous experience is serving as Assistant Director on a bunch of projects including The Wire and The Manchurian Candidate and directing episodes of popular shows like True Blood, Fringe and The Closer. 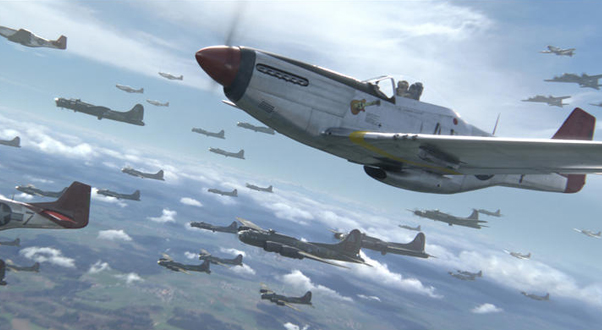 The movie is technically proficient.  It has some good dog fighting scenes and I’ll admit I cried at the incredibly hokey 3rd act and ending – which included America The Beautiful and a flyover against Old Glory – sheesh! Even with that the movie still lacked the “passion” that I was looking for.  It all felt a little lazy and “easy.”

I like the cast, but everyone seems to be stock character types, there’s 90210’s Tristan Wilds as Ray ‘Junior’ Gannon the rookie pilot who wants to be treated as a veteran, Nate Parker as the Drunken Squadron Commander Captain Marty ‘Easy’ Julian, Terrence Howard as Colonel A.J. Bullard, Cuba Gooding Jr. as Major Emanuelle Stance, and David Oyelowo as the hot head, showboating Joe ‘Lightning’ Little.

Besides the lack of passion, the movie focuses too much on “Lightening” at the expense of the rest of the cast. Oyelowo is a little too “over the top,” and the movie hints at there being consequences to his rule breaking but there really isn’t. The one time something tragic happens, it’s not even his fault. As a matter of fact just the opposite is true – every time he doesn’t follow orders it leads him to more and more glory.  There’s a romance between he and a local Italian girl Sofia played by NCIS’ Daniela Ruah that works fairly well and the movie does not dwell on the relationship.

There’s a interesting sequence where one of the Pilots get captured and sent to a German War Camp. This section of the movie felt like unnecessary filler and also made me think “When am I going to finally get that big screen Hogan’s Heroes movie?” I’m convinced more than ever that it could work. 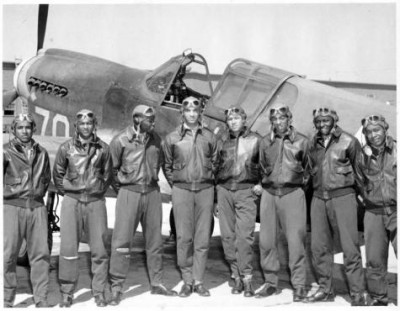 I like the cast but they aren’t given that much to do and the dog fighting sequences aren’t as “over the top” as I would have liked them to be or as the trailers lead you to believe they are. The movie suffers from stilted dialog and too many speeches that are supposed to stir the soul, but some how lacks to do so.

Any movie that makes even one person want to find out more about The Tuskegee Airman makes it an worthwhile effort in my book. I walked into Red Tails with high expectations, I wanted to love this movie but came away just liking it.