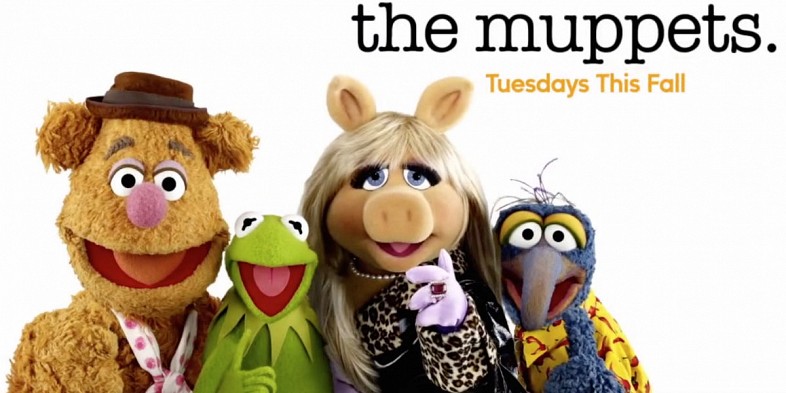 The Muppets are back! That zany group of fuzzy muppets you grew up loving are back a little older, a little wiser and starring in their very own reality show. The skits and musical numbers you remember from the days of old are no longer the recipe of the day. In their new series “The Muppets”, sadly we find Missy Piggy and Kermit have broken up and they are dating other people all while working together on Miss Piggy’s late night talk show “Up Late with Miss Piggy”.

Not to worry though, the rest of the gang is back too! Kermit is the Executive Producer of “Up Late with Miss Piggy” and everyone’s favorite funny Bear, Fozzie, is the in-house comedian warming up the crowd before the show with that wild man drummer extraordinaire Animal with Dr. Teeth and the Electric Mayhem band keep it colorful as the house band along with musical guests Grammy Award-winning rock band Imagine Dragons.

From table reads to booking guests the season premiere of “The Muppets” takes us behind the scenes of how Kermit and Piggy run a late night talk show while navigating the world as newly single individuals.

We start things off with Kermit holding a production meeting with the staff made up of our all our favorite characters (Pepe, Animal, Fozzie the Bear, Beaker and Gonzo) who round out the production staff. In the time honored tradition of merging child appropriate content and adult humor the team makes a few grown up jokes that should go over the heads of most younger viewers when Zoot (member of the band) stands up to introduce himself mistaking their production meeting for an AA meeting. Kermit then proceeds to lead the team in a review of the previous nights show of rigging a flying Miss Piggy with stronger cables only to find out what Bobo the stage manager used was meant for a wrecking ball. 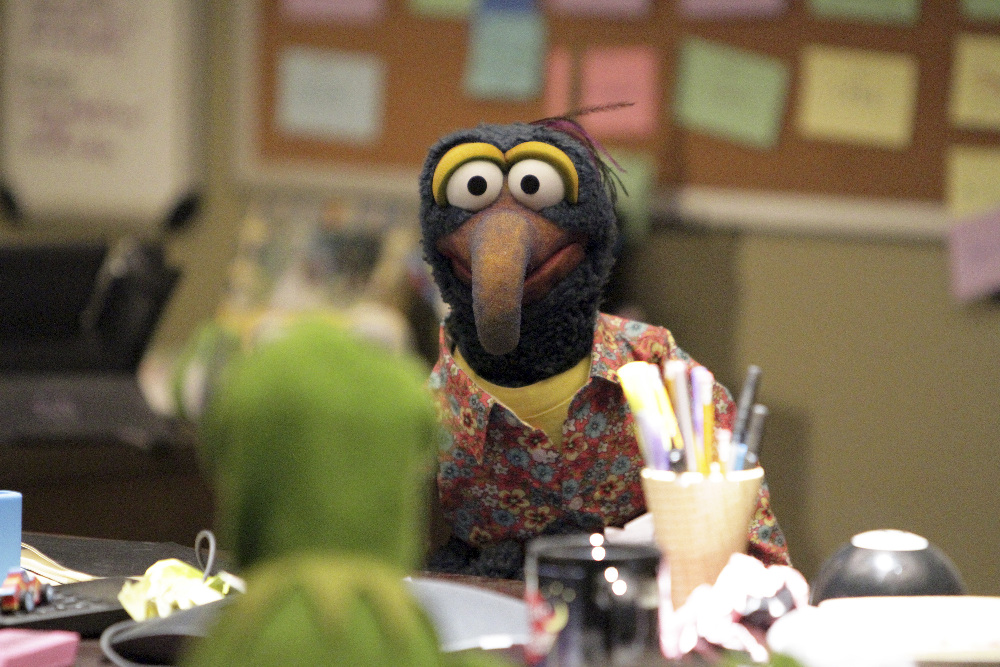 Next we jump to the beginning of that nights show where we find Fozzie warming up the crowd with his lackluster brand of comedic flavor we all know and love. In the audience is none other than brothers Statler and Waldorf flinging their wisenheimer zinger insults to utter perfection.

We then pan to Miss Piggy’s dressing room where she’s prepping for the show and spots poor Kermit who’s talking to the clueless Scooter as Kermit urges him to save himself as Piggy charges over to the pair with a determined furry. Piggy makes it clear that she is none too happy that Kermit has booked Elizabeth Banks (Pitch Perfect) as her first guest for her next show demanding Kermit cancel the guest appearance forcing him to find a replacement immediately though giving poor Kermit no real reason why. Kermit scrambles to find a replacement at the last minute and books an all too willing Tom Bergeron (Dancing with the Stars).

Meanwhile, Fozzie is trying to dazzle the skeptical bordering on offensive parents of his new girlfriend Becky at their first dinner which isn’t going well at all. Sorry Fozzie, I see this ending badly.

Back at the studio writers room Kermit and the writers are pitching ideas for the following nights show featuring Tom Bergeron when we are introduced to Kermit’s new girlfriend Denise who just so happens to be a brunette pig with a sassy southern accent and trendy black framed hipster glasses who works in the marketing department. Current girl and ex-girlfriend all working in the same place? Kermit must have a death wish. Good luck with that one buddy!

It’s after dinner with Becky’s family and poor Fozzie trying to win them over when he informs them he works on the “Up Late with Miss Piggy” show sparking an immediate interest with Becky’s mom. Hoping this is the opening he needs to break through their disapproval Fozzie invites Becky’s parents to the set to meet Miss Piggy. Yeah, that’s a good idea. Let’s add Miss Piggy to the mix. That won’t blow up in your face at all Fozzie. God love him!

Kermit was clueless to the reference and feels like total heel when Piggy reminds him. They agree to be honest with each other from this point on. In the spirit of their new agreement of being open and honest with one another Piggy informs Kermit he has gained some weight and is now sporting a pot belly.

I have to admit I’m excited to see The Muppets back on TV. It brings back the nostalgia of growing up with my sisters watching the original show. This is definitely a different take with the reality show aspect but it’s one that so far I’m enjoying. It’s a little more grown up but still has the charm of what we know and love about The Muppets.