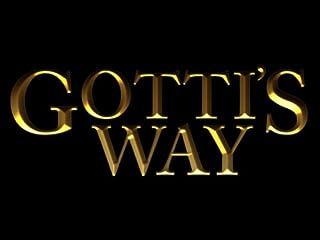 One who is a fan of Hip Hop music will immediately recognize the name Irv Gotti. In the rare case of not knowing who this music biz impresario is, here is the skinny. Irv Gotti, whose birth name is Irving Lorenzo, rose to fame after forming a once bustling record label, Murder Inc. There, he was the overseer of the careers of Ja Rule, Ashanti and a number of others. Producing countless hits, Irv Gotti’s imprint became a household name.

Then, in 2003, Irv and his imprint ran into legal trouble, when his offices were raided by the FBI due to allegations of a business association with a known drug kingpin. In late 2005, Irv was acquitted and went back to business as usual, so he thought.

Regaining platinum status, infinite hits and just mere respect was an uphill and arduous task for Gotti. For seven episodes, the reality series Gotti’s Way followed Irv Gotti on his quest to bring his record label and its flagship artist Ja Rule back to the top. Additionally, the series zoomed in on Irv’s efforts of balancing his career with a failing family life.

During the series finale, Gotti’s Way came to an emotional close, as Irv’s children were confronted with the possibility of divorce and fear that their father would no longer be around. Irv’s emotional oldest son cringed at this possibility. The episode reached it’s climax when Irv’s discussion, borderline argument, with his wife became so heated – that he forced the cameras to stop rolling.

Gotti’s Way was an emotional ride from Episode 1, as it represented a struggle that so many people face on a regular basis, balancing family and career life. However, at times, it was easy to become frustrated with Irv’s non-chalant views on cheating and infidelity – the core factor in Irv’s separation from his wife. Irv’s incessant dwelling on his fetish for flesh laced nearly every episode, making the series quite predictable.

Despite Irv’s infidelity issue, Irv’s love for his children was evident though out the series. It was even clear that he had “luv” for his estranged wife Deb. But, unfortunately, Irv’s “luv” for his wife was not quite strong enough to save his dwindling marriage. In addition to Irv’s banter on infidelity, his wife also bantered on reviving their marriage and her belief that Irv’s actions were wrong.

While the masses likely sided with Deb, they too inevitably had to get worn out with Deb trying to force Irv to be something that he is not. Sometimes, accepting reality and letting go prevents prolonged heartache. If Deb would take a look around – she would see that Irv can thrive as a good father even if they are not together.

Although one must credit VH1 for creating program content which is directly responsible for revitalizing the careers of countless entertainers and impresarios, it is with great hope that the next season of Gotti’s Way moves in a new direction with less redundancy.