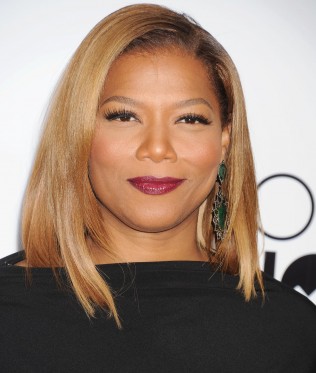 Queen Latifah has been cast as Carlotta, a beauty shop owner who becomes a surrogate mom to three girls trying to make it as a trio in the music industry.

She joins Jude Demorest, Ryan Destiny and Brittany O’Grady have been cast as the girls – Star, Alexandra and Simone.

The FOX pilot goes into production this month in Atlanta, Georgia. For further detail, follow the jump.

After a Nationwide Search, Three Newcomers Cast in Leading Roles

Academy Award nominee and Emmy Award, Grammy Award and Golden Globe Award winner Queen Latifah has been cast in a leading role in UNTITLED LEE DANIELS MUSIC PILOT. Written, created and directed by award-winning filmmaker Lee Daniels (EMPIRE, “Lee Daniels’ The Butler”), the new drama pilot follows three young women, who form a girl group with hopes of making it big in the music industry, and the choices with which they’re faced along the way.  Tom Donaghy (“The Whole Truth”) will serve as writer and executive producer on the pilot with Daniels. From 20th Century Fox Television, the project begins production this month in Atlanta, GA.

Actress, musician, author and entrepreneur Queen Latifah anchors the cast as “Carlotta,” the owner of an Atlanta beauty salon, with an amazing voice, who will become a surrogate mother to the three girls – even though she doesn’t approve of their musical dreams.

After a nationwide search, three fresh faces – actresses/singers Jude Demorest, Ryan Destiny and Brittany O’Grady – have been cast as the girl group members.

Jude Demorest, from Detroit, MI, has landed the role of “Star,” the tough 18-year-old who spent her childhood in and out of foster homes after the death of her mother, and who will do anything to become the star she was named to be.

Ryan Destiny, from Detroit, MI, has been cast as “Alexandra,” the wealthy 20-year-old who grew up on New York’s Upper East Side, but who, for years, has tried to put her privileged world behind her, so she can make real, authentic music.

Brittany O’Grady, from Washington, DC, will play “Simone,” Star’s younger sister who dreams of the day Star will return to rescue her from the abusive foster home in which she was placed five years before.

Together, the three will chase their dreams of making it big in the glamorous but cut-throat Atlanta music scene. What will they do to rise to the top?

Lee Daniels is an Academy Award-nominated filmmaker whose work is trademarked by authenticity and candor, providing audiences with a unique and refreshing experience and character insight with each of his projects. He is the co-creator of FOX’s hit drama EMPIRE, which is currently in its second season. In 2013, he released the critically acclaimed box office smash “Lee Daniels’ The Butler.” The film held the No. 1 box office spot for three consecutive weeks, and has to date grossed more than $175 million worldwide. Daniels is widely known for his Academy Award-winning film, “Precious,” based on the novel “Push” by Sapphire. “Precious” was nominated for six Academy Awards, including nominations for Daniels in the category of Achievement in Directing and Best Motion Picture of the Year, and wins in the categories of Best Performance by an Actress in a Supporting Role and Best Writing, Adapted Screenplay.  Daniels is attached to direct an untitled Richard Pryor biographical film for the Weinstein Company, which is set to begin production in 2016.

Queen Latifah is a musician, television and film actress, author, entrepreneur and producer. Most recently, she was featured as “The Wiz” in the network production of “The Wiz Live!” Earlier this year, she starred as blues legend Bessie Smith in the Emmy Award-winning made-for-cable movie “Bessie,” on which she also served as an executive producer.  In 2007, she starred in and executive-produced the cable movie “Life Support,” for which she won the Golden Globe Award for Best Performance by an Actress in a Mini-Series or a Motion Picture Made for Television. In 2002, she starred in the Academy Award-winning musical “Chicago,” for which she also was nominated for an Academy Award in the category of Best Actress in a Supporting Role. Additional feature credits include “Hairspray,” “Mad Money,” “The Secret Life of Bees,” “Just Wright,” “The Dilemma,” ”Joyful Noise,” “Last Holiday,” “Beauty Shop” and the No. 1 comedy “Bringing Down the House.” Latifah also was the voice of the wooly mammoth “Ellie” in “Ice Age 2” and “Ice Age: Continental Drift.” Along with her business partner, Shakim Compere, Latifah owns the production company Flavor Unit Entertainment, which has produced such films as “Bringing Down the House,” “Beauty Shop” and “The Perfect Holiday.” She was the first hip-hop artist to receive a star on the Hollywood Walk of Fame.