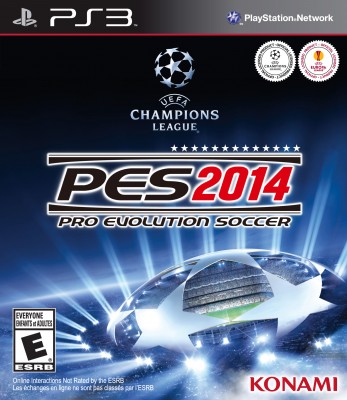 The latest and greatest version Konami’s popular Soccer franchise Pro Evolution Soccer, hits the streets today for all consoles. The release of Pro Evolution Soccer 2014 (PES 2014) marks a new beginning for the popular series, with an all-new engine allowing for the most comprehensive advances since its inception. PES 2014 uses Kojima Production’s renowned Fox Engine as one of the core components for its new football specific game engine.

PES 2014 reworks every element of play, creating a fresh and energetic new standard for football titles. In addition to noticeably improved graphics and fluid animation, the thrust of the new system’s power redefines the way football is played on a home system. All-new AI is also in place. While the individuality of key players has been perfectly recreated, team AI has been enhanced to ensure favored teams play just as they do in real life. Online modes are also enhanced in PES 2014. 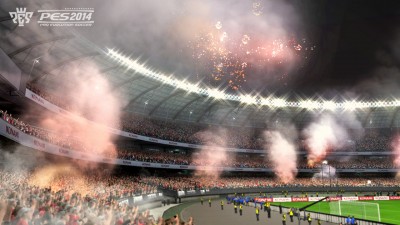 The popular Master League Online mode is available and will feature a realistic working budget cap. Additionally, users can now take their “Become a Legend” avatars to online match rooms, while the long awaited 11 vs 11 will be available shortly after release.

The six key features of Pro Evolution Soccer 2014 include: 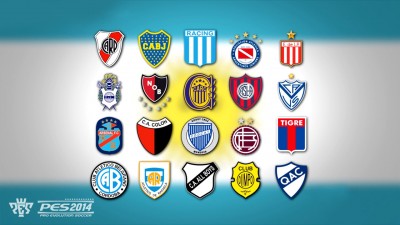 Visually, the game will benefit from an incredible level of acuity, from the weave of the kits, through to facial movement and a new animation process that offers slick segues from one move to the next, with no pauses or restrictions on control. Stadia will be faithful to real-life, with the entrances to the pitches recreated, crowds that move during the course of the game – and even leave early if their team is being humiliated! The new Fluidity engine also allows for a new light-mapping effect, adding a natural look to the proceedings. The flow of a match has also been improved, with tactical decisions made on the fly, and the removal of cut scenes after specific events.