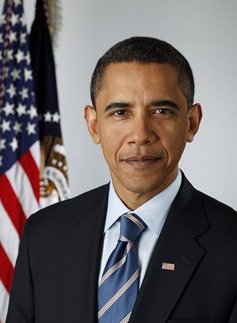 President Barack Obama will introduce the series premiere of Cosmos: A Spacetime Odyssey tomorrow night. This is the logical extension of the debut of the White House Student film Festival last weekend and illustrates how important the original series was – and how important this new series is considered to be.

The President’s message will be made available online shortly after its on-air debut. Check out the press release after the jump.

Inspiring Presidential Introduction Will Kick Off COSMOS: A SPACETIME ODYSSEY, Which Premieres Simultaneously on 10 Fox Networks Group Channels, Including FOX and National Geographic Channel, at 9:00 PM ET/PT This Sunday, March 9

President Barack Obama will introduce the highly anticipated series premiere episode of COSMOS: A SPACETIME ODYSSEY airing this Sunday, March 9 (9:00-10:00 PM ET/PT) on 10 Fox Networks Group Channels, including FOX and National Geographic Channel. In the video message, which leads into the premiere episode, President Obama invites a new generation to embrace the spirit of discovery and inspires viewers to explore new frontiers and imagine limitless possibilities for the future.

Last Friday, Feb. 28, Fox Broadcasting Company (FOX) and National Geographic Channel (NGC) hosted a special preview of COSMOS: A SPACETIME ODYSSEY at the White House as part of the first-ever White House Student Film Festival. The festival celebrated the Obama Administration’s commitment to using technology in the classroom. As part of the event, President Obama delivered remarks detailing progress toward his ConnectED goal of connecting 99% of students to next-generation broadband and wireless technology within five years.

Additionally, National Geographic Channel hosted 100 teachers in Washington, D.C. this week – winners of the Presidential Awards for Excellence in Mathematics and Science Teaching (PAEMST) – for a sneak peek at COSMOS. The educators represented all 50 states, D.C. and Puerto Rico. President Obama hosted them on Monday night for a reception honoring their commitment to and excellence in education.

More than three decades after the debut of “Cosmos: A Personal Voyage,” Carl Sagan’s stunning and iconic exploration of the universe as revealed by science, Seth MacFarlane has teamed with Sagan’s original creative collaborators – writer/executive producer Ann Druyan and co-writer, astronomer Steven Soter – to conceive the 13-part series that will serve as a successor to the Emmy and Peabody Award-winning original series.

Carl Sagan’s original series “Cosmos” was first broadcast in 1980 and remains the most globally successful American public television series of all time. Seen by more than 750 million viewers, “Cosmos” has remained popular throughout the world.

As with the legendary original series, the new COSMOS is the saga of how we discovered the laws of nature and found our coordinates in space and time. The series brings to life never-before-told stories of the heroic quest for knowledge, transporting viewers to new worlds and across the universe for a vision of the cosmos on the grandest – and the smallest – scale. The series invents new modes of scientific storytelling to reveal the grandeur of the universe and re-invent celebrated elements of the original series, including the Cosmic Calendar and the Ship of the Imagination. The most profound scientific concepts are presented with stunning clarity, uniting skepticism and wonder, and weaving rigorous science with the emotional and spiritual into a transcendent experience.