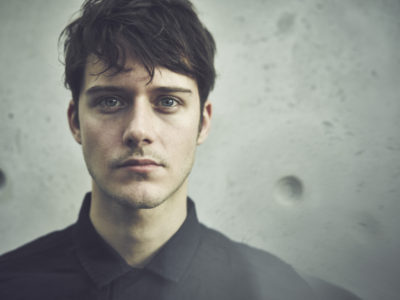 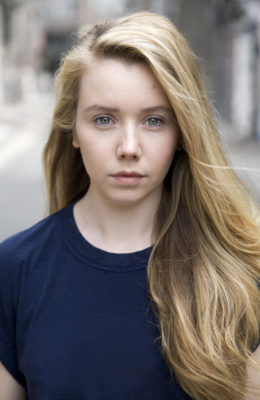 César Domboy (The Walk) has been cast as the now adult Fergus and Lauren Lyle has been cast as one of Laoghaire’s daughters, Marsali, in the currently filming third season of Starz’s hit series Outlander.

Beverly Hills, Calif., October 3, 2016 – Starz, in association with Sony Pictures Television, has announced today that two more key roles have been cast in season three of “Outlander.”   Playing an older version of “Fergus,” the beloved French pickpocket that Jamie (Sam Heughan) and Claire (Caitriona Balfe) took under their wing in season two, will be César Domboy (The Walk).  Also joining the cast, playing one of Laoghaire’s (Nell Hudson) young daughters, “Marsali,” is Lauren Lyle.

Born into a brothel, Fergus has grown up into a charming, devilishly handsome man with a strong sense of loyalty and decorum, despite his unconventional upbringing.  He is the ultimate romantic, wearing his heart on his sleeve and falling in and out of love easily.  However, Fergus’s devotion to Jamie has never wavered, making the Frenchman an integral part of the Fraser clan.  Still, his debonair demeanor masks a longing for a lasting love and a permanent sense of belonging.

César Domboy, 26, has been working successfully in film, television and theatre in France for years with a leading role in Bertrand Travernier’s “La princesse de Montpensier” and recently playing Jean Dujardin’s son in Laurent Tirard’s “Un Homme a la Hauteur.”  His roles working in English include Robert Zemeckis’ The Walk and working in season two of “The Borgias.” He will next appear in Christian Duguay’s Un Sac de Billes.

Marsali is the 18-year-old high-spirited daughter of Laoghaire.  Blond and lovely, like her mother who we first met in season one when her youthful crush on Jamie Fraser was halted by his marriage to Claire, but Marsali has a rebellious and romantic mind of her own.  She knows what she wants and she goes after it – reputation and propriety be damned.

Lauren Lyle was part of the National Youth Theatre REP company in 2015 and is building great experience in theatre and TV.  She played Diane in Evan Placey’s “Consensual” at the Ambassadors Theatre and has appeared on TV in “Broken,” “Holby City,” and “Radges.” She will next appear in Jimmy McGovern’s “Broken” for BBC One.

“Outlander” is based on Diana Gabaldon’s international best-selling books and adapted by Ronald D. Moore (“Battlestar Galactica,” “Star Trek: Deep Space Nine,” “Star Trek: The Next Generation”).  “Book Three” will be based on the third of eight books in the Outlander series, entitled Voyager.

The story picks up right after Claire travels through the stones to return to her life in 1948.  Now pregnant, she struggles with the fallout of her sudden reappearance and its effect on her marriage to her first husband, Frank.  Meanwhile, in the 18th century, Jamie suffers from the aftermath of his doomed last stand at the historic battle of Culloden, as well as the loss of Claire.  As the years pass, Jamie and Claire attempt to make a life apart from one another, each haunted by the memory of their lost love.  The budding possibility that Claire can return to Jamie in the past breathes new hope into Claire’s heart… as well as new doubt.  Separated by continents and centuries, Claire and Jamie must find their way back to each other.  As always, adversity, mystery, and adventure await them on the path to reunion.  And the question remains: when they find each other, will they be the same people who parted at the standing stones, all those years ago?