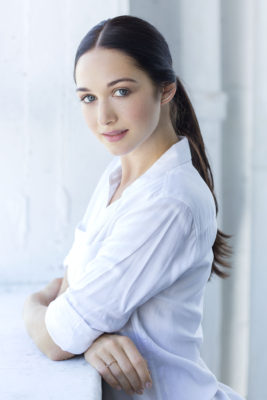 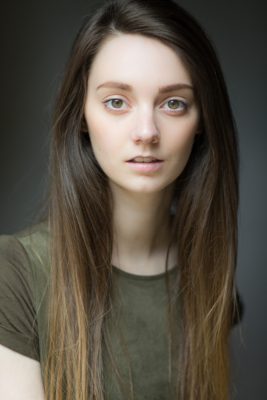 Hannah James and Tanya Reynolds have been cast as the Dunsany sisters in Starz’s Outlander Book 3.

James will play the beautiful, headstorn, spoiled Geneva; Roberts will be Isobel, the warm, and friendly younger sister.

Eldest daughter Geneva is as beautiful as she is headstrong. Yet she’s also petulant, spoiled and demanding of the servants at their home- Helwater. Geneva’s accustomed to getting exactly what she wants when she wants it. Underneath however she has a vulnerability — even a naiveté — due to her sheltered life.

Geneva will be played by Hannah James who attended the Guildford School of Acting in England and received her BA Honors in Acting. She was signed with Bloomfields Welch Management in London during the spring of 2014 and became GSA’s Spotlight Nominee for that graduating year’s class. Several months later, she made the jump back across the pond to pursue her acting career in LA. After working with WME and Luber Roklin Management for three months, Hannah landed the role of Emma Green in “Mercy Street,” coincidentally filmed in her home state, just an hour from her childhood home in Virginia.

Isobel, Geneva’s younger sister, is warm, friendly and genuine. Though more plain than her sister, Isobel is inherently more likeable and compassionate towards others.

Tanya Reynolds, who will play Isobel, graduated from The Oxford School of Drama in 2015, and has since played a lead role in feature film Fanny Lye Deliver’d, opposite Maxine Peake and Charles Dance, set to be released next year. She has also just finished filming a lead role in a new drama for Sky One called Delicious, opposite Dawn French.

“Outlander” is based on Diana Gabaldon’s international best-selling books and adapted for television by Ronald D. Moore (“Battlestar Galactica,” “Star Trek: Deep Space Nine,” “Star Trek: The Next Generation”).  “Book Three” will be based on the third of eight books in the Outlander series, entitled Voyager.

The story picks up right after Claire (Caitriona Balfe) travels through the stones to return to her life in 1948.  Now pregnant, she struggles with the fallout of her sudden reappearance and its effect on her marriage to her first husband, Frank (Tobias Menzies).  Meanwhile, in the 18th century, Jamie suffers from the aftermath of his doomed last stand at the historic battle of Culloden, as well as the loss of Claire.  As the years pass, Jamie (Sam Heughan) and Claire attempt to make a life apart from one another, each haunted by the memory of their lost love.  The budding possibility that Claire can return to Jamie in the past breathes new hope into Claire’s heart… as well as new doubt.  Separated by continents and centuries, Claire and Jamie must find their way back to each other.  As always, adversity, mystery, and adventure await them on the path to reunion.  And the question remains: when they find each other, will they be the same people who parted at the standing stones, all those years ago?

Filming began for the 13 episode Season 3 in August 2016 in Scotland and the production will move to South Africa in 2017.