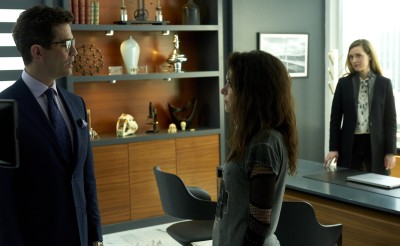 The third season of Orphan Black has revolved around the Castor vs. Leda relationship. It started with Helena in the hands of the Castor Project and the very calmly insane Dr. Virginia Coady (Kyra Harper); moved through the capture of Sarah Manning (Tatiana Maslany); the betrayal of Castor by Paul and the discovery that the genetic original for both Castor and Leda was, of all people, Mrs. S.’s (Maria Doyle Kennedy) mom, Kendall Moore (Alison Steadman)!

In the season finale, writer Graeme Manson and director John Fawcett present a kind of Ouroboros situation, or maybe a Mobius strip scenario in which the circle turns back in on itself – with a twist that is weird, even for Orphan Black.

On the one hand, the Ferdinand (James Frain)/Delphine (Evelyne Brochu) encounter set up by last week’s ep is juicier than we could have ever hoped for; on the other, we appear to get a very quick farewell to the unfortunate Shay (Ksenia Solo) – or not… On the one hand, the pursuit by Castor forces Sarah, Felix (Jordan Gavaris) and Mrs. S. to make an unholy alliance; on the other, the Clone club’s supposed weakest link proves otherwise. 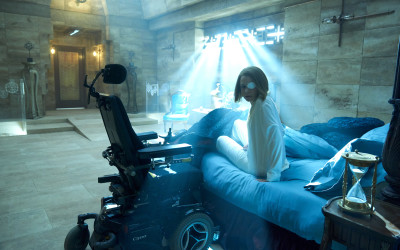 Then there’s Rachel – where is she? And what about Kira (Skyler Wexler)? Does Alison win her school trustee election? And how is it that Helena can be so vicious and yet so compassionate?

And just when it looks like things might actually be going Leda’s way, we learn that nothing could be further from the truth. Still, there are moments of joy to be had – even if, like the dance party of season two, they are to be fleeting. And just to remind us of the dangers that lurk around every corner, there’s a key death that counterpoints those happier moments.

As with the entire series to date, History Yet To Be Written unravels one puzzle just to show that we thought would be a solution is just one piece of a bigger, more complex puzzle. Freedom, it seems, is just a fleeting, ephemeral thing for the sestras – and something even more bizarre is waiting in the wings for them.

On its own terms, the third season finale is a whiz-bang bit of television. While the Castor problem may be resolved – and kudos to Ari Millen for matching Tatiana Maslany in giving multiple fine performances as the Castor boys over the aseason – the ep manages to set up the next season while allowing Sarah, Cosima, Alison and Helena to finally be together as part of an ever-growing family. There are more warm fuzzies in History Yet To Be Written than in the nine previous episodes combined. 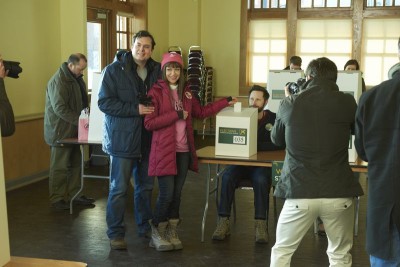 If there’s a problem here, it might be the rather sudden shift Kendall Moore makes from iron-cold bitch to semi-tolerable human being – but since one of the powerful motivations for her shift is the revelation that she has a niece, that can be accepted (if only just).

The prize for most epically surprising performance, though, has to go to James Frain. He has to take Ferdinand through a couple of potentially treacherous scenes – one very reminiscent of a certain famous organized crime figure who got nabbed for tax evasion – and pulls them off with so much panache I had to fight the urge to applaud.

This season there had bloody well better be a couple of commentary tracks on the DVD set – I want to know what was going through the minds of series creators Manson and Fawcett as the season was coming to its enthralling close.