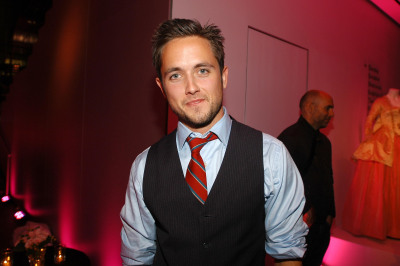 As its storyline get more complex, Orphan black’s cast is expanding to fill them out. Justin Chatwin (Shameless), James Frain (Intruders), Ksenia Solo (Lost Girl), Kyra Harper (Warehouse 13) and Earl Pastko (Murdoch Mysteries) have all signed on to play key roles in the upcoming season.

Chatwin will recur as a ‘savvy drug dealer;’ Frain will guest star as a well educated ‘cleaner’ named Ferdinand; Solo plays a holistic healer, Shay, who becomes close to Cosima; Harper will play a seemingly nurturing doctor and advisor to the military called Dr. Coady, and Pastko will be Ferdinand’s silent, imposing bodyguard.

Season Three of Orphan Black is currently in production in Toronto, Ontario and returns to BBC America in 2015.

Toronto – November 25, 2014 – BBC AMERICA, in association with Space and Temple Street Productions, announced casting additions to the new season of Orphan Black. Justin Chatwin (Shameless) and James Frain (Intruders) join the channel’s hit original drama for its third season, which is currently in production and set to return in 2015.

Justin Chatwin joins in a recurring role as Jason Kellerman. With rugged good looks and street-smarts, Jason is a savvy drug-dealer in the guise of a charismatic businessman.  James Frain guest stars as Ferdinand, a well-educated, “cleaner” who is both charming and intimidating. Ferdinand is a powerful player in a secretive, multi-national political faction that operates with questionable ethics and a ruthless approach.

Also joining the cast this season is Ksenia Solo (Black Swan) as Shay, a soulful and compassionate holistic healer with a great sense of humor destined to become a new friend to Cosima Niehaus (Tatiana Maslany).  Kyra Harper (Warehouse 13) will play Dr. Coady, a ruthless doctor and advisor to the military. Coady is outwardly the soul of reason, but her maternal, nurturing manner conceals an agenda that even her superiors do not suspect.  And rounding out the additions is Earl Pastko (Murdoch Mysteries) as Bulldog, Ferdinand’s silent, imposing and violent personal bodyguard. Communicating with his boss by looks only, Bulldog carries out the dirty work of his shady employers.

The original series co-created by Graeme Manson and John Fawcett, with Manson also serving as writer and Fawcett as director, is produced by Temple Street Productions with Ivan Schneeberg and David Fortier executive producing. The international hit series is distributed by BBC Worldwide and can be seen in more than 170 countries. The first two seasons are currently available on Blu-ray and DVD and via digital download on all partner platforms.  Season one is available for live streaming through Amazon Prime.

For more information on where to catch up on Orphan Black, visit www.bbcamerica.com/orphanblack.

Orphan Black is shooting in Toronto through March 2015 and returns on BBC AMERICA in 2015.