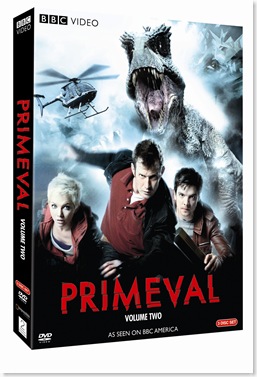 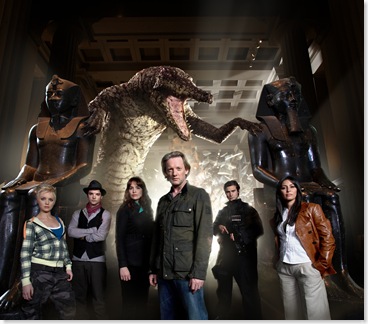 As deadlier creatures continue to rampage through the anomalies,and present an unrelenting series of threats, include such terrifying ancient creatures as Giganotosaurus (a truly terrifying predator, bigger even than the Tyrannosaurus Rex), Pristichampus (a creature which strikingly resembles the ancient Egyptian crocodile demon, Ammut) and Dracorex, the cloak of secrecy behind which the team has been working is in jeopardy. Questions are being asked and the conspiracy spreads its net wide. If something is not done quickly, the team’s future is threatened—not to mention the future of humankind itself.

This quirky and highly imaginative British scifi series created by Tim Haines (Walking With Dinosaurs) and Adrian Hodges (Survivors, Rome, The Lost World), which in this installment delivers more terrifying monsters from the past and future, new cast members, stunning special effects and a rare location shoot in London’s British Museum, is not only filled with engaging and fascinating characters, but also with special effects that are totally on par with those found in such hit movies as Jurassic Park.  I really enjoyed watching the series and while I’m not normally attracted to British television series, I found this one to be hard to resist.

The characters are believable and the storylines are intriguing though  pretentious and overly jargon filled in some places. The pacing is exciting and kept me on the edge of my seat which I have to admit is something I liked most about Primeval as I am mainly into action for my scifi series enjoyment.

The fully-loaded 3-disc box set features the complete 10-episode UK third season as well as extensive bonus material that was worth the time to watch them.

A U.S. feature film version is currently in the works with Warner Bros. and Impossible Pictures for 2010.

Learn more about Primeval at the official site for the series.

One thought on “On DVD: Primeval: Volume 2”