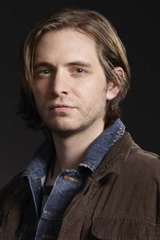 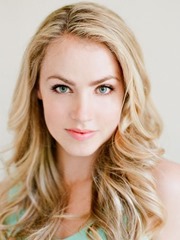 Aaron Stanford, Nikita’s tech whiz Birkhoff, will essay Bruce Willis’ role as Cole, the time traveller seeking to prevent an extinction level epidemic. in Syfy’s television adaptation of Terry Gilliam’s film 12 Monkeys. He will be joined by Amanda Schull (Suits, Pretty Little Liars) as Dr. Cassandra Railly – ‘a brilliant doctor who is forced to choose between her idyllic life or joining Cole’s mission to uncover the dangerous conspiracy.’

The 60-minute pilot is being produced by Universal Cable Productions and Atlas Entertainment, producer of the original Bruce Willis-Brad Pitt theatrical directed by Terry Gilliam and released by Universal Pictures.  Production is slated to begin in December in Detroit.

Based on the classic hit film, 12 Monkeys follows the journey of a time traveler from the post-apocalyptic future who appears in present day on a mission to locate and eradicate the source of a deadly plague that will eventually decimate the human race.

Aaron Stanford (Nikita, X-Men: The Last Stand, X2) will play "Cole," a desperate and haunted man from the near future, who travels to the present day to stop a deadly plague from being released on the world.

Amanda Schull  (Suits, Pretty Little Liars, Center Stage) will play "Cassandra Railly," a brilliant doctor who is forced to choose between her idyllic life or joining Cole’s mission to uncover the dangerous conspiracy.

Atlas Entertainment, led by founder Charles Roven, produces blockbuster films as well as critically acclaimed independent features, Atlas Entertainment’s films have generated billions of dollars in revenues. David O. Russell’s American Hustle is in post-production with Atlas Entertainment and will be released on December 13, 2013. Additionally, Atlas Entertainment is in pre-production for the highly anticipated feature film Warcraft from Legendary Pictures which is scheduled to commence in early 2014 and will be directed by Duncan Jones. Roven recently produced the worldwide box office hit, the Zack Snyder directed, Man of Steel and served as a producer on Christopher Nolan’s Dark Knight trilogy, Batman Begins, The Dark Knight and The Dark Knight Rises, which have collectively earned over $2.5 billion at the worldwide box office. Upcoming, Roven will produce the Batman / Superman feature for Warner Bros. The film will also be directed by Zack Snyder with production expected to begin in 2014, with an anticipated release date of July 17, 2015.