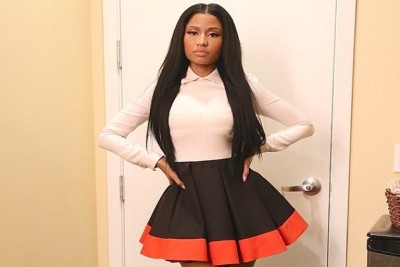 ABC Family has greenlit a half-hour scripted comedy from Grammy Award®-nominated Nicki Minaj. The series would be based on her and her family’s immigration from Trinidad and will shoot in her hometown of Queens, New York. Follow the jump for more.

Burbank, CA (September 29, 2015) – Grammy Award®-nominated, multiplatinum superstar Nicki Minaj will executive produce a new scripted comedy series for ABC Family that she will also appear in. It was announced today by Karey Burke, Executive Vice President Programming and Development, ABC Family. The single-camera comedy will shoot in her hometown of Queens, New York this winter.

The half-hour comedy is based on Minaj and her family’s immigration from Trinidad in the early 1990’s. It will focus on her growing up in Queens with her vibrant family and the personal and musical evolution that led to her eventual rise to stardom.

“Nicki Minaj is a force to be reckoned with at everything she touches,” said Burke. “We’re beyond thrilled to bring her one-of-a-kind story to our channel. Nicki is an international superstar, yet not everyone knows how inspiring and hilarious her true story is, and we can’t wait to share it with the world.”

“This is one of the more unique adventures I’ve ever embarked on,” said Minaj. “I couldn’t be more proud and excited to team up with an amazing group of people to give the world something really special.”

Minaj continues to break records and impact pop culture at large. She is in the midst of her record-breaking worldwide “Pinkprint” tour and recently completed production of her first starring movie role in MGM’s Barbershop 3. Minaj is the first solo female artist to have seven singles charting simultaneously on the “U.S. Billboard Hot 100.” Her critically lauded third full-length album, “The Pinkprint” [Young Money Entertainment/Cash Money Records], became the second highest-selling female debut of 2014 and arrived at #2 on the Billboard Top 200 and #1 on the Billboard R&B/Hip-Hop Albums Chart, cementing her as rap’s reigning queen.

Minaj also stands at the top of the pop vanguard. The double-platinum “Anaconda” set the record for most VEVO views in 24 hours. Nicki also achieved the highest digital sales for any female artist in history, with over 50 million track sales between solo and feature performances. She and Adele are the only two artists in history to sell 1 million copies of five different songs in one year. She also holds the record for most Hot 100 entries on Billboard‘s Hot 100 chart. Throughout her career, Minaj has been awarded 4 American Music Awards, 8 BET Awards, 7 BET Hip Hop Awards, 4 Billboard Music Awards, 2 MTV EMA’s, 3 MTV Video Music Awards and a People’s Choice award. Outside of music, she has been featured in the films “Ice Age: Continental Drift” and “The Other Woman,” in addition to judging “American Idol.” An icon of her time, Nicki is truly on the road to legendary.

Part of the Disney|ABC Television Group, ABC Family is distributed in 94 million homes. ABC Family entertains and connects to audiences with bold, relatable programming that celebrates the epic adventure of becoming an adult, from first kiss to first kid. ABC Family’s programming is a combination of network-defining original series and original movies, quality acquired series and blockbuster theatricals. “WATCH ABC Family” is an authenticated service which allows viewers with participating TV subscription services access to 24/7 live viewing of the network, as well as continued on-demand access to such popular series at home and on-the-go via a wide array of devices. ABC Family is also the destination for annual holiday events with “13 Nights of Halloween” and “25 Days of Christmas.”