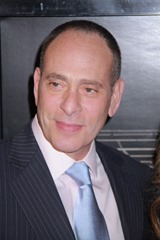 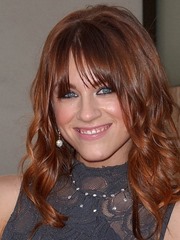 Serrano will appear as Carlos Solano Sr. the leader of the Solano Cartel; Morgan will play Amber, a ‘sexy but shifty genius for hire.’ For more, check out the press release after the jump.

Serrano will star as Carlos Solano, Sr., whose reputation precedes him. Around the world, he’s known as a brutal leader of the Solano Cartel, a man who hangs his enemies’ heads off of bridges as warning signs to his community. In person, however, he seems more corporate than brutal. He’s a businessman and a father, and he doesn’t take either of those jobs lightly.

Previously, Serrano has guest starred on many prime time shows including “CSI: Miami,” “ER,” “Law and Order,” “Law and Order: Special Victims Unit,” “Profiler,” and “X-Files.” He began his professional acting career in Harold Prince’s off-Broadway production of “Diamonds,” which was his first of many. He eventually landed a role on Broadway in “The Boys of Winter” alongside Wesley Snipes, Matt Dillon, and Ving Rhames. He has not only had a successful career on Broadway, but has also had roles in big motion pictures productions such as “The Money Pit,” “Bad Boys,” The Negotiator,” “The Insider,” and “Bringing Out the Dead.”

Morgan will have a recurring role as Amber: a sexy but shifty genius for hire who has done some very risky jobs for some very bad people.  She’s a master of many trades, but nothing gets her more excited than danger and manipulation. When Charlie (Vanessa Ferlito) tries to get close to her, she discovers that Amber is much more than she bargained for.

The #1 network in all of basic cable for an unprecedented eight straight years, USA Network is seen in more than 102 million U.S. homes.  USA offers a powerful stable of dramatic, comedic and unscripted originals.  The network also features spectacular live television, a dynamic portfolio of acquired series and the best in blockbuster theatrical films and entertainment events.  A trailblazer in digital innovation and storytelling, USA is defining, driving and setting the industry standard for Social TV.  USA is a program service of NBCUniversal Cable Entertainment, a division of NBCUniversal. The award-winning website is located at http://www.usanetwork.com.