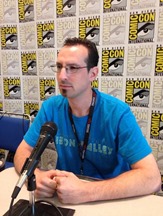 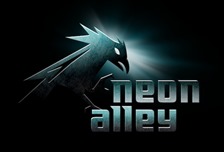 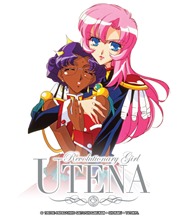 Neon Alley, the first 24-7 anime channel to run English-dubbed anime, has just celebrated its first anniversary. I had the opportunity to conduct an email interview with the channel’s very busy Program Director, Kevin Klienrock about Neon Alley, its goals, its new series, its new online presence, and just being a program director is all about. He also talked a bit about the new additions to the channel’s schedule, including Revolutionary Girl Utena (above, right) and the classic Ranma ½.

Somehow, he managed to fit my questions in in-between the demands of his job and heading up the Neon Alley team at a couple of very busy conventions. The result follows the jump. Check it out. 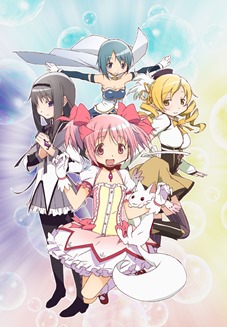 Could you tell us a bit about how you became programming manager for Neon Alley and what the job entails – and how that tied in with the process of creating of the channel?

The idea for Neon Alley actually pre-dates my time at VIZ. I believe there had been inter-departmental discussions between various divisions going on for a good year or so before they decided it was time to make the channel a reality. When that happened, they looked to hire a Program Manager to bring all of the pieces together – working with the animation department to create the programming, working with the engineering department, VIZ Labs, to work out exactly how the channel would work and develop the apps for PS3 and XBOX 360, to a plethora of other considerations from editors for interstitials to the background music you hear on the channel, someone had to tie it all together and get the channel launched. And that was what I was originally brought in to do. Once we got the channel live in October of 2012, we brought in a new Program Manager, Alison Victor, to oversee the day-to-day of physically programming the channel as well as our social media efforts, and I moved into the role of Program Director, overseeing all aspects of the channel including programming, content development, and overall business development.

Heading into the channel’s second year – and first online – what are Neon Alley’s aims? And how are you celebrating your first anniversary?

Our first aim was just completed as we celebrated our first anniversary – and that was the addition of our “Catch Up” component, making Neon Alley the complete service it was always intended to be. Now, not only are we the only 24/7 all uncut and uncensored, all-English dubbed anime lifestyle channel, but we also have the “Catch Up” on-demand component enabling members to watch the live stream when they choose and to catch up on any programs they may have missed during the week on their schedule.

We also celebrated by launching our new Fall season – adding six new series to the lineup including a new English world premiere in MAGI: LABYRINTH OF MAGIC, two classic series with REVOLUTIONARY GIRL UTENA and RANMA ½, two anime favorites in PUELLA MAGI MADOKA MAGICA and GURREN LAGAAN, and a brand new live action wrestling series called CHIKARA. Adding these to the series already on the channel are giving us the most robust lineup we’ve ever had. And that’s something to celebrate!

Our aim is to continue to expand this anime lifestyle channel of ours. It goes beyond the series and movies themselves. Acquiring top series and fan favorites will always be one of our main focuses. That’s a given. But we also will continue to work hard to develop the great and relevant interstitial content that our members have come to know and love from our convention coverage to our anime, manga and video game news, and beyond. 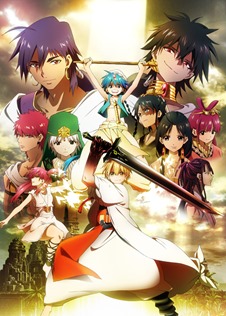 I know a lot of anime fans, myself included, often prefer to get shows with subtitles so as to hear the original interpretations of the roles, but I can see how that might limit an anime channel in terms of growth. What was behind the decision to provide dubbed versions – and has that had any impact on the channel’s growth?

There are a number of services and sites out there to serve the fans of subtitled anime. From the free VIZanime.com and Hulu to Crunchyroll, there are plenty of options for legal viewing of subbed content. But what was missing was an easily accessible linear service for the fans of English dubbed content. And from that void, the idea for Neon Alley was born, and that is the fan base to which we are looking to cater.

Obviously, there are several “classic” anime series, like Ranma ½, that will draw an immediate audience, but there are also a lot of really good shows may not be nearly as well known. How do you select the shows that appear on Neon Alley and what kind of balance between known entities and high quality unknowns do you try to strike?

Good question. First, we’re all about QUALITY shows. I’ve been using the term “All Killer, No Filler” lately. While there are tons of dubbed shows out there, we want to be bringing our members quality shows with quality dubs. As far as the mix goes, that’s one of my favorite parts about the linear model. It creates the chance for discovery. I may be a fan of NARUTO SHIPPUDEN and ONE PIECE, but I may not really know BLUE EXORCIST because it hasn’t had exposure on Toonami. Now, when I tune into Neon Alley on Saturday nights, I’m exposed to BLUE EXORCIST and find a new series I may love.

BLUE EXORCIST also brings up another important point about Neon Alley. The channel is studio agnostic. This season we have the most diverse lineup of studios we’ve had so far. You get shows from VIZ, Funimation, Aniplex, Sentai Filmworks and Nozomi.

And like you just said, now we’re bringing the classics. RANMA ½ is a great example because it does have a large audience that is very familiar with the series. That was one of my favorite parts about New York Comic Con this year, seeing the sheer love for RANMA ½. But, this is also a series that originally aired in Japan in the late 1980s and has been off of TV and out of DVD circulation for a long time. So there is a whole new generation of anime fans who may never have seen the series before. And, even for those long time fans, this is the first time that the series has ever been aired in HD. And it is beautiful!

For us, it’s about creating the right mix of classic and new and constantly being on top of what IS new and popular and what our audience wants to see. VIZ’s VP of Animation, Brian Ige, who started the idea of Neon Alley and our Sr. Marketing Manager Charlene Ingram, who has the most vast and detailed grasp on the anime space of anyone I have ever met, are constantly watching and searching for the best shows for our lineup. They make sure everything that gets added is a quality fit for the network and the kind of stuff fans will enjoy. 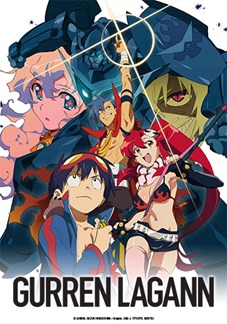 What prompted the move to expand the reach of Neon Alley online – especially when there are other purely online services that also present entire runs of shows? And will there be the possibility of expanding the online archive of episodes at some point?

The Catch Up VOD feature is handy and lets viewers see the previous week’s episodes. Are there any plans to expand this feature to include access to all previously aired episodes?

When we first launched Neon Alley, we purposely launched on the PS3 and XBOX 360 gaming consoles because it allowed us to get in front of large audiences quickly and because of the large crossover between gamers and anime fans. And then the question became “where to next?” We went with the web itself, enabling the channel to be viewed on Mac and PC, because it enabled us to offer the service to the largest audience possible.

In terms of the online archive, that was simply the launch of our “Catch Up” service. We rolled it out online a few weeks prior to the launch on PS3 and XBOX back on October 1st. And the service is meant to be just what it says, a way to watch your favorite Neon Alley shows weekly on your own schedule. It’s meant to be a compliment to the channel, not its own standalone service. All shows are available for at least one week, with many, including any brand new shows to the network, being available for two or more. Plus movies are available for at least a week as well.

You’ve also recently begin to expand programming beyond just anime, with things like music videos and other interstitial content. What kinds of things can viewers look forward to on this front?

Part of being the only anime lifestyle channel means delivering interstitials and other content of interest to our members even if it’s not anime itself. We’ve had a great response to the music videos we have been airing and to the artist interviews and profiles. In the year ahead we are definitely looking to expand that more including expanded convention coverage and interviews, more from the music space, and probably some new interstitials from the gaming space as well. Our Sunday programming will continue to be a more eclectic mix than the rest of the week that is all anime, all the time. Sundays have traditionally been anime and live action kung-fu movies for us. Now, with this season, Sundays are featuring anime movies, some marathons, kung fu movies, our new live-action pro wrestling show CHIKARA which draws from comic books and sci-fi and pays homage to the long history of anime/manga space-wrestling crossovers like Tiger Mask and ULTIMATE MUSCLE. We’re also working on some new ways for our members to peek behind the curtain of the anime industry.

What are some highlights for the coming season that fans can look forward to? Are there any series you are personally interested in or excited about?

Well, I mentioned earlier our six great new shows. Really, each is packing it’s own punch and I’m excited for all of them. Being a later bloomer to the anime space myself, I’m looking forward to watching RANMA ½ and REVOLUTIONARY GIRL UTENA from the beginning. New world premiere episodes of NARUTO SHIPPUDEN are always great, and our members’ and fans’ excitement over them is contagious! It will be great to watch PUELLA MAGI MADOKA MAGICA and GURREN LAGAAN, again and I was definitely one of the many who loved the first episode of MAGI: LABYRINTH OF MAGIC in English and I’m looking forward to the rest of the series. This is a really great voice cast. And personally, being a big fan of pro wrestling and CHIKARA in particular, I’m excited to see them on the channel and I think it’s going to create a great chance for discovery of awesome anime by CHIKARA fans and for anime fans to discover something different that a lot of their fellow fans are already into. And I have to admit, being so busy, I’m looking forward to using “Catch Up” to catch up on whatever I may miss during the week on the weekends!