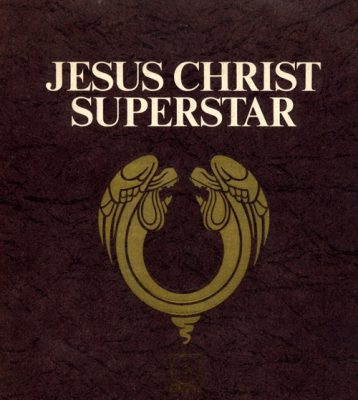 “As we continue to expand the profile of our live musicals, we are thrilled to be partnering with Andrew Lloyd Webber and Tim Rice to bring a new live staging of the iconic ‘Jesus Christ Superstar’ to NBC,” said Robert Greenblatt, Chairman, NBC Entertainment. “Casting has just begun, but we want to fill out this classic show with as many recording artists as possible to give proper voice to what is the original rock opera score.”

“Jesus Christ Superstar” was originally conceived as a concept album that hit #1 on the Billboard charts, and eventually made its way to the stage in 1971. It is based on the final week of Jesus’ life. Other historical figures that play prominent roles in the production include Judas Iscariot, Mary Magdalene, Pontius Pilate, Caiaphas, Annas, Peter, Simon Zealotes and King Herod.

The 1971 musical opened at the Mark Hellinger Theatre on Broadway and starred Jeff Fenholt as Jesus and Ben Vereen as Judas. It was nominated for five Tony Awards, including Best Performance by a Featured Actor in a Musical for Vereen. Lloyd Webber won a Drama Desk Award for Most Promising Composer.

Since then, the musical has been considered a classic and has become a staple of theater and music organizations throughout the world. It has been performed in nearly 20 countries and translated into 18 different languages. There have been many revivals of “Jesus Christ Superstar” over the 46 years since its debut, including 2000 and 2012 Broadway versions that each earned a Tony nomination for Best Revival of a Musical. The 1973 film, was directed by Oscar winner Norman Jewison and starred Ted Neeley.

Andrew Lloyd Webber and Tim Rice are icons of musical theater, with hits spanning six decades. Their three major works together include “Jesus Christ Superstar,” “Evita” (1976), and “Joseph and the Amazing Technicolor Dreamcoat” (1968).

With 18 musicals to his credit and songs that have become pop culture institutions, Lloyd Webber is considered the most successful composer of musicals in history and has won numerous awards, including seven Tonys, three Grammys, an Oscar, Golden Globe and many other honors.

His musicals also include “Cats” (1981), “The Phantom of the Opera” (1986), “Sunset Boulevard” (1993) and “School of Rock” (2015). As a testament to his legacy, a record four Lloyd Webber shows are currently on Broadway – the revival of “Cats,” the original and long-running “Phantom of the Opera,” his newest hit “School of Rock,” and the recently opened revival of “Sunset Boulevard,” starring Glenn Close.

Lyricist Tim Rice is an Oscar, Golden Globe, Tony and Grammy winner and he also wrote the books for “Joseph” and “Evita”.  He has been nominated for five Oscars and won three for Best Original Song – from “Evita” for “You Must Love Me” (shared with Lloyd Webber), from “The Lion King” for “Can You Feel the Love Tonight” (shared with Elton John) and from “Aladdin” for “A Whole New World” (shared with Alan Menken).

Rice’s other theater credits include “Chess,” “Beauty and the Beast,” “King David” and “Aida.”

An accomplished film producer of musicals and non-musicals, Marc Platt has been nominated for two Academy Awards – 2016’s “La La Land” (for which he won the Producers Guild Award) and “Bridge of Spies” a year earlier. Other films he has brought to the screen include “The Girl on the Train,” Stephen Sondheim’s “Into the Woods,” “Drive,” “Scott Pilgrim vs. the World,” “Nine,” “Rachel Getting Married” and “Legally Blonde.” On the TV side, Platt is an Emmy winner for “Grease Live!,” which aired on Fox last year.

Platt is also a producer of seven Broadway productions, and has been nominated for three Tonys – “Indecent” (Best Play, 2017), “Pal Joey” (Best Revival of a Musical, 2009) and “Wicked” (Best Musical, 2004). Platt currently has three productions on Broadway, “Wicked,” “Indecent” which is playing at the Cort Theatre, and “War Paint” at the Nederlander Theatre.