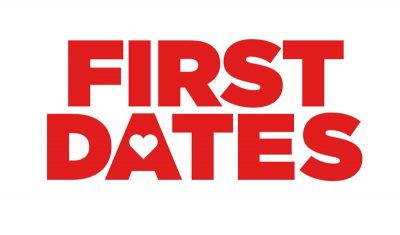 First dates are always rife with possibility; there are so many ways they can go – good and bad – that there’s an excitement that not many experiences can match.

Because of the romantic possibilities of first dates, Valentine’s Day seems the perfect time for NBC to announce the premiere of First Dates – an eight-episode ‘observational documentary series’ from executive producer Ellen DeGeneres – and narrated by Drew Barrymore.

First Dates looks at ‘a variety of real first dates happening over one night at the same restaurant in Chicago.’ The series premieres on Friday, April 7th (8/7C).

LOVE IS IN THE AIR AS NBC SETS FRIDAY, APRIL 7 FOR PREMIERE OF EXECUTIVE PRODUCER ELLEN DEGENERES’ ‘FIRST DATES’ WITH NARRATOR DREW BARRYMORE

UNIVERSAL CITY, Calif. — Feb. 14, 2017 — What better time than Valentine’s Day for NBC to announce it has set Friday, April 7 (8 p.m. ET/PT) as the premiere for executive producer Ellen DeGeneres’ new series “First Dates,” which takes a peek at what happens when a couple meets for the first time and romantic possibilities seem endless.

Emmy Award-nominated and Golden Globe-winning actress and producer Drew Barrymore will serve as the series narrator.

NBC had previously ordered eight episodes of the observational documentary series from DeGeneres and Shed Media (part of the alternative department at Warner Bros. Television Group).

Based on a hit U.K. format, this unique hourlong series offers an authentic look at a variety of real first dates happening over one night at the same restaurant in Chicago. The show features daters from cities across the country, and of all ages, sexualities and dating experience. Using a fly-on-the-wall and hidden-camera approach, viewers will be along for the ride as the dates unfold. Some dates could be wildly successful, while others strike out in hilariously awkward fashion. Never has dating been captured in a more real and relatable way. At the end of each hour, the daters must reveal to one another if they’d like to see each other again or if it will be back to love’s drawing board!

Shed Media, a Warner Bros. Entertainment Company is a division of Warner Bros. Unscripted and Alternative Television under the leadership of Mike Darnell. Established as one of America’s most prolific media companies, the studio boasts a successful slate of Emmy®-winning series showcasing a diverse portfolio of unscripted formats across a variety of leading network and cable destinations. Series produced by Shed Media include “First Dates” for NBC, “Basketball Wives” for VH1, “Long Lost Family” and “Who Do You Think You Are?” for TLC, and “The Real Housewives of New York City” for Bravo. For more information, please visit www.shedmedia.com.

About A Very Good Production