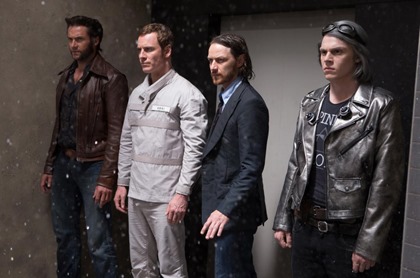 X-Men: Days of Future Past is one of the most beloved sequences in X-Men comics history and a potentially brilliant premise for an X-Men movie. Between the cast, director and teasers for the film, it seems like it could be the best of the X-Men movies.

The final trailer for the Bryan Singer movie has just been released and it does look good – starting with Logan/Wolverine trying to persuade the young Charles Xavier that he’s been sent from the future to prevent a Sentinel-based apocalypse. Among other delights, we get our first really good look at the X-Men version of Quicksilver and the touching (in a completely different sense of the word) Xavier/Eric Lensherr reunion. Check it out after the jump.