Entertainment News for The Rest of Us
Sheldon Wiebe
Comic Books, Movies, Television

Walt Disney Co. is about to lay out $4 billion to add Marvel Comics to its family – uniting Spider-Man and Mickey Mouse under the same banner. The purpose of the acquisition is to enable Disney to reconnect with the young, male audience it has been losing over the last several years. 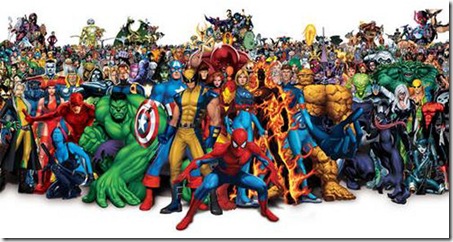 While the timing of the deal may seem odd, taking place as it does in a time when the media business is coping with shrinking audiences and declining advertisers, Disney will be acquiring a stable of very popular characters to use in virtually arm of its business interests. Movies, television, comic books, theme parks; live action, animation – for Disney – and Marvel, too – this could be a match made in financial heaven.

As Disney Chief Financial Officer Tom Staggs told Reuters on Monday, “(Marvel’s) audience is surprisingly broad. It transcends gender and age and has real potential worldwide. They skew a little more toward boys than many of our properties.”

“This transaction combines Marvel’s strong global brand and world-renowned library of characters including Iron Man, Spider-Man, X-Men, Captain America, Fantastic Four and Thor with Disney’s creative skills, unparalleled global portfolio of entertainment properties, and a business structure that maximizes the value of creative properties across multiple platforms and territories,” said Robert A. Iger, President and Chief Executive Officer of The Walt Disney Company. “Ike Perlmutter and his team have done an impressive job of nurturing these properties and have created significant value. We are pleased to bring this talent and these great assets to Disney.”

“Disney is the perfect home for Marvel’s fantastic library of characters given its proven ability to expand content creation and licensing businesses,” said Ike Perlmutter, Marvel’s Chief Executive Officer.  “This is an unparalleled opportunity for Marvel to build upon its vibrant brand and character properties by accessing Disney’s tremendous global organization and infrastructure around the world.”

Mr. Perlmutter will oversee the Marvel properties, and will work directly with Disney’s global lines of business to build and further integrate Marvel’s properties.

The deal, which has been in the works for a few months, would see Disney pay $50 per share in cash and stock for Marvel, a premium of 29 percent to Marvel’s closing stock price of $38.65 on Friday. The deal has been approved by the boards of both companies. The deal should be finalized by the end of the year, with earnings from the deal adding to Disney’s income in two years.