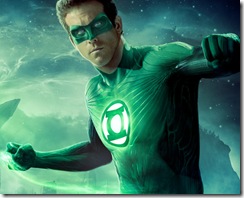 No matter how much you want to see some movies, they still wind up being awful. The cast and crew don’t set out to make them awful, but somehow, between commissioning the script and the final edit, something goes horribly wrong – and we pay our hard-earned money to end up disappointed. In 2011, the following ten films were my biggest disappointments.

I’ve been reading Green Lantern – the Hal Jordan version, at least – since he first appeared in showcase Comics back in the late fifties, so I went into the theater with high hopes. Somehow, despite getting all the details of GL’s origin right, the creators of the movie came up with an overall story that sucked big. Part of the problem was a villain that looked like a cloud of diarrhea with eyes; part of the problem was that, in their efforts to get the details right, the writers and director produced a film that had cardboard characterizations and character arcs that could have been absorbing were ignored. Add to that a lack of identity – is GL supposed to be a cosmic adventure, or a more terrestrial superhero adventure – and the result is a waste of about $200,000,000 [before marketing costs!].

On paper, the struggle of a genuine jackass of a schoolteacher [Cameron Diaz] to find a wealthy husband in a substitute teacher/heir [Justin Timberlake], while ignoring earnest, the mostly nice guy gym teacher [Jason Segal] who crushes on her, should have been a wickedly funny R-rated comedy. Instead, Diaz’s one-note performance – on which the film depends – drags things down into the mire. Even Lucy Punch as a manically [with good reason] overachieving popular teacher fails to keep its head above water. 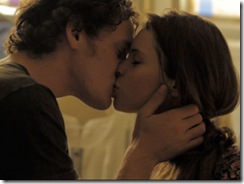 Like Crazy won all kinds of awards on the festival circuit and garnered the kind of reviews most directors would kill for. Sadly, all I saw was a quietly disjointed film about a well educated couple who make the very stupid decisions they’ve decided they shouldn’t make and are then surprised when those decisions come back to bite them on the butt. As a result, the problems of their having to maintain a long-distance relationship fail to be engrossing. The ironic ending [which they so richly deserve] can’t save the film – nor can the presence of Alex Kingston and Oliver Muirhead [as her parents], despite their being characters who could be the subject of a much more entertaining film. 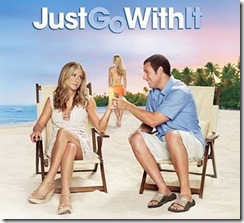 Like Green Lantern, the creative team of Conan really gets Robert E. Howard’s barbarian. Unlike Arnie, Jason Momoa has shown he can act. The supporting cast is composed of talented actors like Rose McGowan, Rachel Nichols, Steven Lang, Ron Perlman and Said Taghmaoui. So, what went wrong? The script is nonsensical and the direction is less than deft. Plus, some of the supporting cast is frighteningly miscast [Nichols, for example].

Outside of a very few gags, this is a beat-for-beat remake of the first film – minus any semblance of humor, plus an overabundance of Ken Jeong’s over-the-top effete gangster. Even the monkey isn’t funny. The thought of a Hangover III scares me. 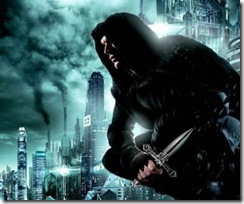 Moody, atmospheric adaptation of a Korean graphic novel that mostly just lies there. Priest is so bad that I was tempted to get the DVD just to hear the commentary track so I could try to understand what the heck the director was thinking. An utter waste of a cast that included Paul Bettany, Karl Urban, Cam Gigandet and Maggie Q.

Adam Sandler’s second worst movie ever [behind Grown Ups]. The idea – Sandler playing fraternal twins Jack and Jill – could have been funny but the movie goes for the obvious gags and some really uninspired Latino stereotypes that are never given a chance.

After an awesome trailer, this movie turned out to be an incoherent mass of effects and action set pieces that were not given context by a little something called a plot. They never even used the spiffy music from the trailer.