Entertainment News for The Rest of Us
Christopher Troilo
Movie Reviews, Movies
8 Comments 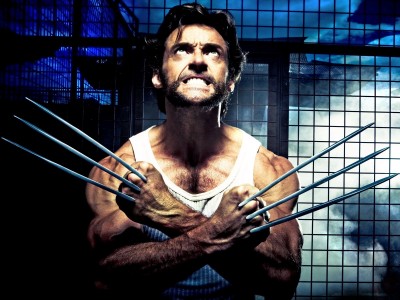 What’s Good: The X-Men comic book movies are purely character driven. It’s their interactions with each other and society as a whole which keeps the story as a whole interesting. So with that in mind, I have to give some credit to Live Schreiber pulling off a pretty convincing villain in Sabertooth. As opposed to his appearance in the first X-Men movie, Victor Creed in this film is far more cunning and vicious.

While he’s not on screen all that much, Ryan Reynolds also does a decent job of capturing Wade Wilson’s personality and mannerisms. Jackman is very good as Wolverine, of course, but this isn’t surprising since it’s his fourth outing as the character. Easily the best scenes are the fights and the verbal exchanges between Wolverine and Sabretooth.

What’s Bad: Sadly, while I liked certain individual performances in certain scenes, I have to say X-Men: Origins: Wolverine, on the whole, is a misfire. To start, fans of the comics, from those who are only vaguely familiar with the characters to the die-hard purists will see some major creative liberties taken with the characters which feeling jarring and out of place. Specifically, Gambit and Deadpool are handled often times in cringe worthy fashion.

The plot itself has very good heart to it, but can never seem to find its legs to be stable. X-Men Origins: Wolverine wants to be too many things at once: an epic drama, a mystery, and an off-the-wall action movie, that it never really gets its footing. Even the fight sequences feel a little bland. After seeing such films like Iron Man, The Dark Knight and even the second X-Men movie, when these characters cease to live in a realistic world, it becomes more distracting than enjoyable.

Parting Thoughts: This movie has the same feel to me as Indiana Jones and the Kingdom of the Crystal Skull did. I think fans will want to see this movie just because it continues to have Hugh Jackman as the clawed mutant, and there’s no debate that as a character, Wolverine is fun to watch. However, this is not the movie fans are hoping for. There are too many “groan” moments to not leave the theater with a little bit of a bitter taste in your mouth.

Recommendation: For people who have enjoyed Hugh Jackman in the role of Wolverine; it’s slightly better than X-Men: The Last Stand, but nowhere near the quality of X2: X-Men United. Most will see it in theaters, but you could wait to rent it to satisfy your curiosity.