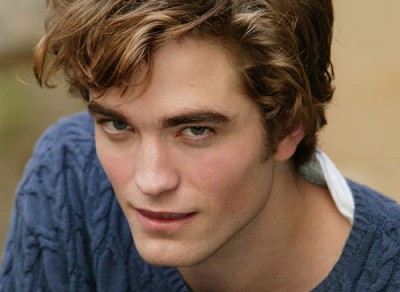 While in Cannes on Tuesday, Robert Pattinson confirmed that there will be a fourth “Twilight” film based on the Stephenie Meyer novel, “Breaking Dawn,” according to The Hollywood Reporter.Pattinson said he is committed to starring in the final outing to date, but doesn’t know when backers Summit Entertainment will begin production because of the actor’s jam-packed shooting schedule.

I can’t hold my tongue anymore.  Can I be the one who says the TWILIGHT novels SUCK? I tried reading the first book and just gave up in the middle. Bella is one of the most vapid, annoying, lead characters EVER. I can’t think of anyone more annoying and self involved. Her entire relationship with Edward is about as shallow as it comes. Every other sentence in that damn book is about how beautiful Edward is. Or oh I’m so clumsy gym will be a drag, Edward will save me, oh I can get lost in his deep blue eyes, why oh why is Edward mad at me today? His skin is so smooth. Just awful. I like all the other characters well enough, but Bella is just terrible it would have been nice if Stephanie Meyer actually gave Bella some sort of personality or interest beyond how beautiful Edward was. Did she like him because he was smart or they had anything in common? No. It was based purely on his “otherworldly beauty.”

Why he and EVERY guy in the book liked her was never explained in the 12 Chapters that I read. It was just “animal lust,” and the fact that he couldn’t “read” her.  I tried reading the first chapter of New Moon thinking it would be different and it was the same crap.  I really do want to read the rest of the series, but Stephanie Meyer’s writing is just unreadable. So I’ll have to be content with seeing the movies because with all that said, I did like the first movie well enough.