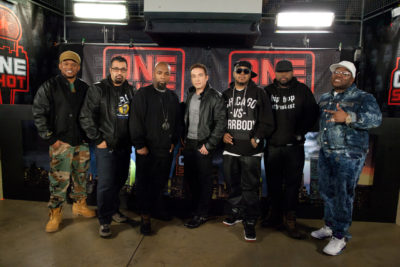 Quadruple-threat Mike Smith (producer, songwriter, vocalist, instrumentalist) has announced the creation of a hip-hop competition series – One Shot – in partnership with BET.

One Shot will showcase contestants who will perform before a panel of celebrity judges for a shot at becoming hip hop’s next big star. Live auditions were held in Charlotte, Atlanta, Chicago and Miami – with six contestants from each location were  chosen from over 30,0000 hopefuls.

One Shot will premiere on BET in August. For more, flollow the jump.