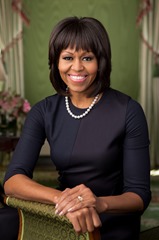 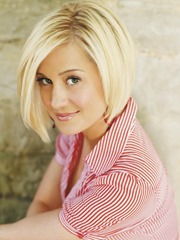 ABC’s Nashville (Wednesdays, 10/9C) is bringing out the big guns in its May 7th episode, All or Nothing with Me – in the form of First Lady Michelle Obama and country artist Kellie Pickler. The setting is a charity concert that Rayna (Connie Britten) sets up at Fort Campbell after learning that Luke has been injured in Afghanistan.

“All or Nothing with Me” – Rayna organizes a charity concert at Fort Campbell after finding out Luke has been injured in Afghanistan, forcing him to cut his tour short. Deacon and Maddie are brought closer together as they chart a new course for their future. Teddy is beginning to feel like his family is slipping further and further away from him. Juliette is racked with guilt knowing that her back is against the wall after Jeff threatens to go to Avery with the truth. Gunnar is feeling pressure to reveal a secret about Juliette to Avery until Zoey urges him that his professional and private life should be kept separate. And Will and Layla begin shooting their new reality series, on “Nashville,” WEDNESDAY, MAY 7 (10:00-11:00 p.m., ET) on the ABC Television Network.

“All or Nothing with Me” was written by Dee Johnson and directed by Michael Waxman.

“Nashville” is executive-produced by Dee Johnson (“Boss,” “The Good Wife”), R.J. Cutler (“The September Issue,” “The War Room,” “A Perfect Candidate”), Callie Khouri (“Thelma & Louise”) and Steve Buchanan. The series is produced by Lionsgate, ABC Studios, and Opry Entertainment, and is broadcast in 720 Progressive (720P), ABC’s selected HDTV format with 5.1 channel surround sound. A TV parental guideline will be assigned closer to airdate.