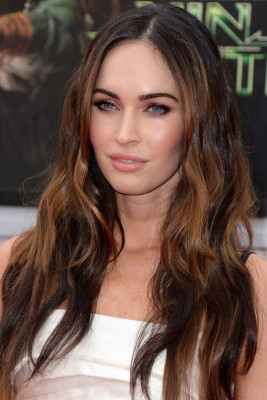 When FOX’s New Girl returns in January, 2016, Megan Fox will join the show in a recurring role as a new roommate – taking Jess’ room while she’s on jury duty.

Actress Megan Fox (“Teenage Mutant Ninja Turtles,” “Transformers”) will guest-star in a recurring role on the upcoming season of NEW GIRL, appearing in a multi-episode arc of the hit comedy.

Fox will play “Reagan,” a gorgeous, straight-shooting pharmaceutical sales rep who comes to town on business and shakes things up in the loft when she rents out Jess’ (series star Zooey Deschanel) room while she is sequestered on jury duty. Fox will first appear in the sixth episode of the upcoming season, scheduled to premiere in January 2016.

“It’s insane to me that such a gorgeous person can be so funny, but I guess we just all have to accept it,” said executive producer Liz Meriwether.  “I’ve been a fan of her comedic skills since ‘This is 40,’ and I’m so excited to have her on the show.  We had Megan in mind when we wrote this part – she’s the perfect person to come in and shake these guys up.”

Megan Fox, whose global box-office tally is more than two billion dollars, is well-known for her break-out starring role of “Mikaela,” opposite Shia LaBeouf in “Transformers,” and the second film in the franchise, “Transformers: Revenge of the Fallen.” She was last seen starring in “Teenage Mutant Ninja Turtles” and “This Is 40,” opposite Leslie Mann and Paul Rudd, and directed by Judd Apatow. Fox will next be seen in “Zeroville,” with James Franco, Will Ferrell and Seth Rogen. The film just sold at the Toronto International Film Festival for release next year. Also, Fox will reprise her role as “April O’Neil” in “Teenage Mutant Ninja Turtles 2,” scheduled for release next summer.

NEW GIRL is produced by Chernin Entertainment in association with 20th Century Fox Television. The series was created by Elizabeth Meriwether. Meriwether, Brett Baer, Dave Finkel, Jake Kasdan, Peter Chernin and Katherine Pope are executive producers, with Meriwether, Baer and Finkel serving as co-showrunners/writers and Kasdan directing multiple episodes of the series.  “Like” NEW GIRL on Facebook at facebook.com/NewGirlonFOX. Follow the series on Twitter @NewGirlonFOX and join the discussion at #newgirl. See photos and videos on Instagram at @NewGirlFOX.