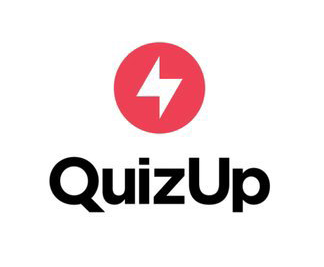 NBC has ordered ten episodes of QuizUp, based on the popular trivia app. In-studio contestants will play for ‘a life-changing fortune’ against viewers from all over the country.

QuizUp is a product of the collaboration between NBC and the app’s creator Plain Vanilla Corp. For more, follow the jump.

NBC PICKS UP 10-EPISODE SERIES ‘QUIZUP,’ BASED ON THE WORLD’S MOST POPULAR TRIVIA APP

UNIVERSAL CITY, Calif. — Sept. 30, 2015 — NBC has given a 10-episode order to the new series “QuizUp,” where in-studio contestants will try to earn a life-changing fortune by winning high-stakes trivia battles against viewers who qualify from anywhere in the country and play in real-time from home on their mobile devices.

This innovative game is made possible by the collaboration of NBC with Plain Vanilla Corp., the prolific game studio that created the game QuizUp, which is one of the world’s most popular trivia apps with more than 75 million users worldwide.

The premise of the show is simple: If the in-studio contestant wins eight trivia battles against eight different competitors who are watching and playing from home, they can win up to $1 million. If any of the at-home players win their battle, they’ll win the money allocated to that round.

Qualification to play from home will happen through the hugely popular QuizUp app. QuizUp has reached #1 in the App Store rankings in 128 countries. Even if they don’t qualify, the audience at home can play along for fun, with each question and answer synchronized with the broadcast.

“QuizUp has tapped into the universal passion for trivia with a first-in-class app and this television show is a natural extension. We’re creating an organic multi-platform business that appeals to a global audience and entertains in any language,” said Paul Telegdy, President, Alternative and Late Night Programming, NBC Entertainment. “This series will turn the most popular trivia app in the world into a fun television event where everyone can play and anyone can win. It doesn’t get more interactive than that!”

“QuizUp in America is an exciting next step for us, and we couldn’t ask for a better partner than NBC,” said QuizUp founder and CEO, Thor Fridriksson. “In the past five months we’ve completely revamped QuizUp by incorporating social elements and have launched My QuizUp to create an open, user-generated platform. QuizUp in America is bringing engaging, addictive trivia to the masses and we’re incredibly excited about it.”

Created by Jeff Apploff and Wes Kauble, “QuizUp” is executive produced by Apploff (“Don’t Forget the Lyrics”) and produced by Universal Television and Apploff Entertainment.

The format will be unveiled by NBCUniversal International Formats at MIPCOM on Oct. 4-7. The formats team will drive sales at the conference with an innovative marketing campaign that includes a custom interactive game where registered MIPCOM participants will be able to battle it out in the QuizUp app for the chance to win a big prize.