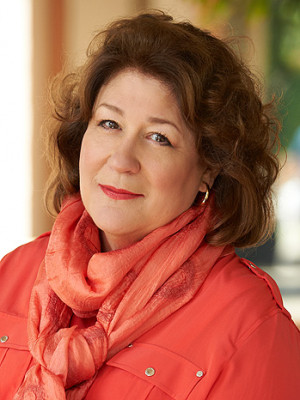 Margo Martindale – winner of an EMMY Award for her work in season two of Justified – has signed onto The Good Wife for its seventh season.

Martindale will play ‘Willa Eastman, a top campaign operative responsible for past successes by underdog presidential candidates in Iowa who hides her intelligence and cunning under a fake, folksy charm.  ‘

NEW YORK – July 9, 2015 – Emmy Award-winning actress Margo Martindale will join the critically acclaimed drama THE GOOD WIFE in a recurring role during the show’s seventh season, which started production today. Martindale will play Willa Eastman, a top campaign operative responsible for past successes by underdog presidential candidates in Iowa who hides her intelligence and cunning under a fake, folksy charm.

“Every year we look for a character and an actor who can go toe-to-toe with Eli Gold and make him blink,” said executive producers Robert and Michelle King. ”So we were thrilled when Margo Martindale agreed to play Willa Eastman. Her ability to mix comedy and drama is unparalleled. And we can’t wait to see how Margo and Alan deal with each other.”

Margo Martindale’s television credits include “Justified,” for which she won an Emmy Award for her portrayal of Mags Bennett, “The Americans,” for which she has been twice nominated for the Emmy Award for Outstanding Guest Actress in a Drama Series, and “The Millers,” on the Network. Her feature credits include “Million Dollar Baby,” “August: Osage County” and “Dead Man Walking.”

Photos are available at: http://cbspressexpress.com