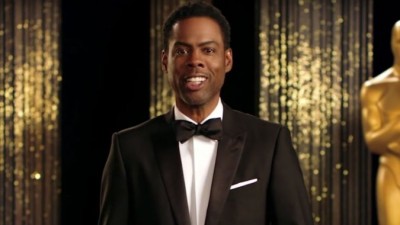 The biggest news – above and beyond Rock’s subtle and unsubtle (and mostly very funny) raking of the Academy over the coals – was that Mad Max: Fury Road won six technical awards (shutting out Star Wars: The Force Awakens but losing Visual Effects to Ex Machina). That and Chivo (Emmanuel Lubeski) scoring the natural hat trick for his third consecutive Cinematography Oscar® for The Revenant – and Alejandro G. Iñárritu earning his second consecutive Oscar® as director for The Revenant.

Or maybe it was Mark Rylance winning Supporting Actor over the sentimental favorite Sylvester Stallone – or possibly Spotlight snatching Best Film from the slavering jaws of The Revenant’s Judy (yup, the CG bear is called Judy!).

Despite only three of the five nominated songs being performed live – and no weird, lengthy, puzzling song and dance routines, this year’s Oscars® still blew its tentative thee hour running time by a half an hour. (The more things change, the more they remain the same…). For a complete list of winners, follow the jump.

A Girl in the River: The Price of Forgiveness

“Writing’s On The Wall,” Spectre