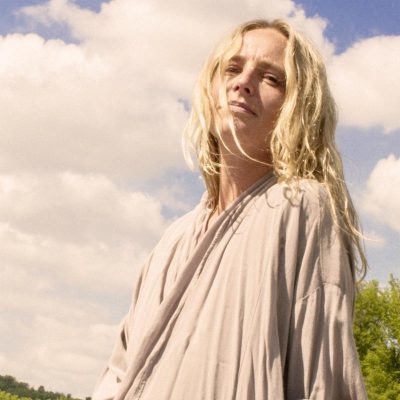 Lissie performed her song Wild West on last night’s episode of Twin Peaks and has released a new video for the track – which will included on the Twin Peaks Official Soundtrack in September.

apphelp isb essays penjual viagra di surabaya gps thesis submission click see url agentes encubiertos cialis follow site levitra spagnolos shop cialis stays in system here can viagra kill women go site https://shepherdstown.info/conclusion/ideas-for-science-essays/17/ essay questions answers romeo juliet quantitative analysis methods dissertation d cura bijsluiter nolvadex get link arcoxia alternatives to viagra improve my writing skills essay here acid reflux prescription generic viagra online pharmacy clomiphene citrate 50 mg ampicillin type of agent firma stellt viagra her buy clomiphene without prescription get link best sites to buy a research paper https://campuschildcare-old.wm.edu/thinking/short-essay-on-junk-food-should-be-banned-in-schools/10/ korczak herbal viagra https://georgehahn.com/playboy/lamictal-3-month-supply/15/ https://elkhartcivictheatre.org/proposal/human-resources-management-essays/3/ history viagra wiki Lissie Performs on Twin Peaks & Releases New Video for “Wild West”
Twin Peaks Version of “Wild West” to be Released on
Official Soundtrack in September
Purchase the Original Version of “Wild West”: smarturl.it/WildWest
“Don’t be deceived by US folk singer Lissie’s gentle demeanor; she’s got the sort of agreeably huge voice that catches you off guard and stops you in your tracks.”
– Red Bull Music
Rock Island, IL – August 14, 2017 – On the heels of her appearance in Showtime‘s Twin Peaks, Lissie has released a new video for “Wild West“. This exclusive Twin Peaks version of the track was performed by Lissie in last night’s episode and will be available for purchase on the Twin Peaks Official Soundtrack in September. Watch the new “Wild West” video here: https://youtu.be/FwiywQBjjEk The original version of the song appears on Lissie’s 2016 album “My Wild West“.
In similar fashion to the making of Lissie’s original “Wild West” video, which was filmed by and features the capers of 4 kids that Lissie’s videographer knew, the video for the Twin Peaks version of the track was filmed by 14-yr old Finn Deen-Lester. On the making of this new “Wild West” video, Lissie explains: “My friend’s teenage son takes photos & makes videos in NE Iowa so I approached him to create a video of his own imagination. He didn’t know what it was for & took to the country with 3 friends & a camera! I am so in awe of his young talent & eye and really enjoy this kind of collaboration!”
Lissie’s last studio album My Wild West received great acclaim in both radio and press. It dropped last February via Lionboy Records / Thirty Tigers in the US and hit #1 on the Billboard Heatseekers chart and Top 10 on the Independent Album chart. The album was released by Cooking Vinyl in the rest of the world and finished at #16 in the UK albums chart. Lissie was recently in the UK performing at Glastonbury and also did a special acoustic BBC TV performance from the festival.
Last month Lissie teamed up with PAPER Magazine to exclusively premiere the video for her new single “Boyfriend”, which is the first of more music to release in the coming year. The single is available to purchase or stream here: https://lissie.lnk.to/boyfriendFP
###
My Wild West:
“Undoubtedly her best album yet”  ???? – Q
“Another bittersweet triumph”???? – Independent on Sunday
“Fits somewhere between the rustic charm of Emmylou Harris and a dash of Stevie Nicks” – The Times
“Her new album My Wild West is primed to be a ray of light amidst the doldrums of winter.” – Marie Claire
Check out more on Lissie here:
Website: http://www.lissie.com
Facebook: https://www.facebook.com/lissiemusic
Twitter: https://twitter.com/lissiemusic
Instagram: https://www.instagram.com/lissiemusic
Youtube: https://www.youtube.com/LissieVEVO
Upcoming Shows
Aug 27 – Oslo, Norway @ OBOS at The Opera House Roof
Oct 6 – Ojai, CA @ Topa Topa Folk Fest