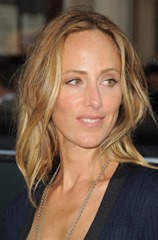 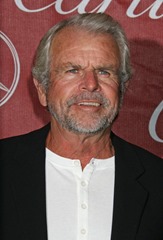 Wiilliam Devane and Kim Raver return in their father/daughter roles of James Heller and Audrey Raines when 24: Live Another Day begins shooting in London. When we last saw Audrey – at the end of season six – she was catatonic, so let the speculation on her return begin.

Kim Raver and William Devane will reunite with award-winning star Kiefer Sutherland when they reprise their respective daughter-father roles as AUDREY RAINES and JAMES HELLER on the thrilling new event series 24: LIVE ANOTHER DAY, premiering Spring 2014 on FOX.

Both joined the original “24” in Season Four (2005). Devane served as Secretary of Defense JAMES HELLER and the father to Raver’s character, AUDREY RAINES, a committed and passionate woman with a tragic past, who fell in love with JACK BAUER (Sutherland). They were both last seen in the final scenes of Season Six, when Jack said goodbye to a catatonic Audrey.

Raver and Devane’s reprisals add to the previously announced return of Mary Lynn Rajskub as CHLOE O’BRIAN, Bauer’s quirky CTU confidante. Raver, known for her roles on “Third Watch,” “The Nine” and “Lipstick Jungle,” was most recently featured on the network series “Revolution” and “Grey’s Anatomy.” Devane, best known for his villainous role on “Knots Landing,” recently played the U.S. President in the feature film “The Dark Knight Rises.”

Restarting the groundbreaking and Emmy Award-winning drama franchise, 24: LIVE ANOTHER DAY will be set in London and will follow the further exploits of Bauer, taking up his story four years after the events of “24’s” final season. Once again, viewers will join the heroic agent on a pulse-pounding ride in real time.

24: LIVE ANOTHER DAY is a production of Teakwood Lane Productions in association with 20th Century Fox Television and Imagine Television. Howard Gordon, Evan Katz, Manny Coto, David Fury, Robert Cochran, Brian Grazer, Jon Cassar and Kiefer Sutherland will executive-produce. The original series, which had its last American broadcast on May 24, 2010, was created by Joel Surnow and Cochran.