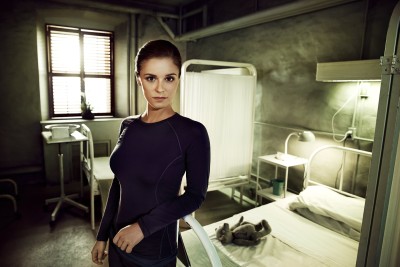 The team of scientists from the CDC are back for season 2.  They left the blistery cold Artic and the Narvak virus behind them, only to be thrown in the trenches 15 months later when they are once again summoned to investigate a new virus in the remote island of St. Germaine.  Meanwhile, the elusive but dangerous immortal group Ilaria continues to loom in the background. Jordan Hayes, who plays the pregnant CDC researcher Dr. Jordan Hayes, joins Eclipse Magazine to talk about her acting career and the tv show “Helix”. 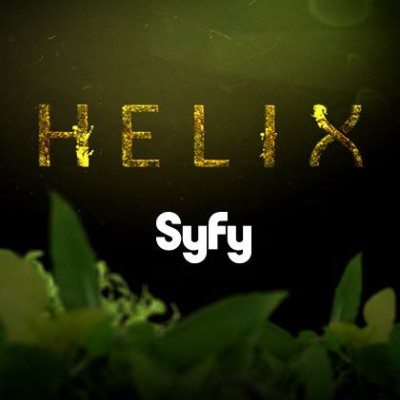 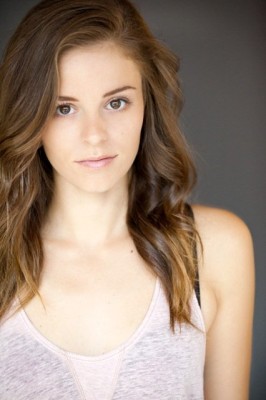 The talented Canadian actress Jordan Hayes hails from Montreal, Canada.  Growing up, she played soccer. She made her acting debut in the 2008 short film Dissolved Girl.  Since then, she has guest-starred in numerous shows – “Nikita”, “Being Erica”, “Flashpoint”, “The Firm”, and “The Transporter”.  Her film credits include House At the End of the Street with Jennifer Lawrence and What If with Daniel Radcliffe.  Incidentally, a lot of her work has been in in the science fiction and horror genre. 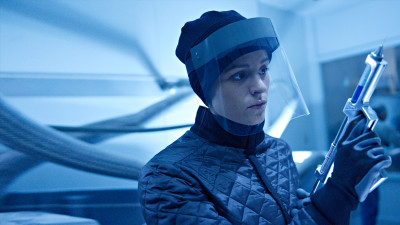 Hi Jordan! How are you doing today?

Congratulations for “Helix” making it to season two! There are a lot of changes going on this season, including with Dr. Jordan. Has things changed with her character arc?

Absolutely. In season one, Sara was fresh out of school and even though was very intelligent and very accomplished, she was not very prepared for Arcbios. Having gone through everything she went through in season one, she definitely is not only mature, but she is more jaded. Also the fact she is immortal now makes her more reckless.

This is a great role. How did you get involved in this show?

I auditioned for it and was lucky enough that they saw something in me that they liked. I’m from Montreal originally. I moved to Los Angeles and four months later I was cast.

Yes. But it was nice to go back home to Montreal where they were shooting. It’s a great show to work on. 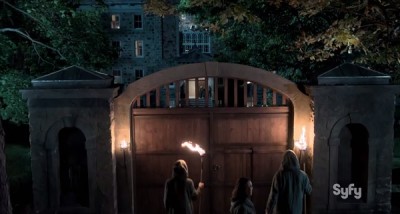 The setting for season 2 is different from the arctic setting of season 1. Where was season 2 shot?

The first season was pretty much shot all in the studio. It was high tech and modern. This year, we shot entirely on location. We shot in a monastery just outside of Montreal. Oka Abbey. It’s a beautiful monastery and as the season progresses you’ll see more and more of it. It’s a dream location to shoot. The first movie I ever did was shot there. There actually is an essence to the building. There’s so much history there. Even though the monks aren’t there anymore, it’s a wonderful cheese factory. We are lucky enough to have an inordinate amount of cheese on set

Is there a specific cheese they make?

There is a cheese called Oka. It’s very strong, but very good.

There is a new disease this season compared to last season. Would you say this new disease is much worse?

I don’t know if its necessarily worse, but it’s definitely as bad.

Were there any scenes where it made your stomach turn?

We are lucky to have one of the best special effects team in the world. They are so phenomenal. It looks really creepy and terrifying on the screen but when you’re shooting in person, it’s easier to laugh at it a little bit. 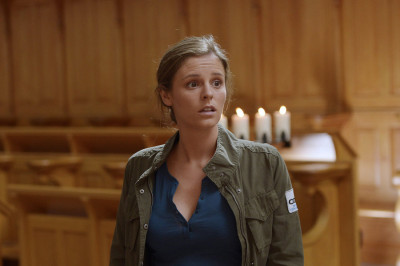 Prior to being a part of the show, were you a big fan of science?

I’ve always loved science and biology. That’s one of the things that I love the most about this show – I get to say all these wonderful medical speeches. I’ve worked in sci fi quite a bit. It’s grounded science but then they push it into this interesting realm that isn’t necessarily real but it’s interesting.

How did you prepare for your role of Dr. Jordan?

I got a contact at the CDC. She was wonderful. She answered any questions I had. She loved the idea they were doing a tv show about the CDC. It was interesting to learn a little more about what was going on for the scientists at the center. Sarah has these scientific monologues. It was really important for me to understand what I was saying. My brother majored in anatomy and cell biology so I could easily pick up the phone and ask him. He would explain things in an easy to understand way.

Were there CDC consultants on set?

Yes. The writers have a consultant from CDC.

Now shifting the attention to you, what motivated you to pursue acting?

I never really had that much of an interest in it. I always loved writing. When I was growing up, I was very involved in sports. I played soccer competitively. That was always my life.  I was initially pre-med.  My first year of college,  I decided this wasn’t something I wanted to do so I auditioned for a college theatre program. I got in and fell in love with acting and theatre. That is how it started.

You are also a writer and director. Do you have any more plans to write or direct?

Definitely. I love every aspect of movie and television making. I really love directing. I directed my first short film in 2013 which played in the Toronto International Film Festival. Then I directed my second short film which I finished a couple months ago. It got into the Cinequest Film Festival in San Jose, CA. It will be playing there at the end of February. In June, I co-wrote, produced, and starred in a feature film Milwaukee which is also playing at Cinequest. I’m fortunate to have a group of friends who are as motivated as I am to make movies.

I started making movies because I wasn’t getting the roles I wanted to play. I was playing a lot of the same roles over and over early in my career. That’s why I decided to write my own characters and make my own movies. It’s changed my life. It is so fulfilling. I’m definitely going to keep doing that. I have a couple of screenplays that I finished that hopefully we’ll be making soon.

Is there a certain dream role you would love to play?

I would to play some kind of athletic role. I love boxing, soccer, golf . . . Maybe I’ll just have to write it myself!

If you had one mantra in your daily life, what would it be?

“Fortune favors the fool”.  I have it tattooed on the back of my leg in Latin.

What are your upcoming projects?

Do you have any favorite episodes for “Helix”?

Are there any other things Syfy fans can look forward to?

Season two gets really dark. There’s some awesome new and old characters. It’s getting dark and edgy so hopefully fans will like that and keep watching.

Thank you for taking time to talk with Eclipse Magazine! I look forward to seeing the show.

Thank you. It was so nice talking with you! 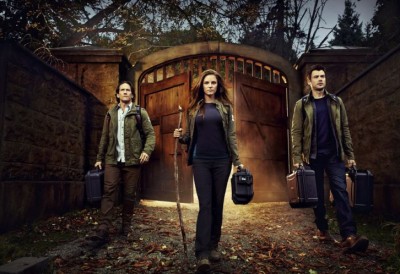 SyFy’s Helix viewers like to savor their suspense,  as season two of the series outperforms all other Syfy dramas in DVR growth from live plus same day to live plus 3 ratings.  The ratings say it all.  This is a great show for the science geek, or non-science person, to enjoy. And if you missed last week’s episode, no worries! You can watch the full episodes for season 2 online at the web site below.  Stay tuned to SyFy every 10/9c to catch this exciting show!