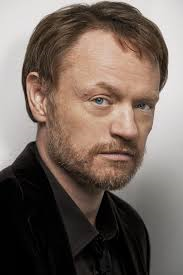 Jared Harris has been cast as Captain Francis Crozier, Captain of the HMS Terror in AMC’s anthology series The Terror – based on the novel by Dan Simmons.

The Terror begins production in Budapest this winter aiming at a 2017 debut. Read on for details.

NEW YORK, NY, September 29, 2016 – AMC announced today that Jared Harris (Mad Men, The Crown) has been cast as the lead actor in the networks’ anthology drama series, The Terror, an adaption of the bestselling novel by Dan Simmons. David Kajganich (True Story, A Bigger Splash) and Soo Hugh (The Whispers, The Killing) are serving as executive producers, writers and co-showrunners with Scott Free, Emjag Productions and Entertainment 360 producing the series in association with AMC Studios. Production begins this winter in Budapest with the 10 one-hour episodes, set to premiere in 2017.

The Terror is set in 1847, when a Royal Naval expedition crew searching for the Northwest Passage is attacked by a mysterious predator that stalks the ships and their crew in a suspenseful and desperate game of survival.

Harris will play Francis Crozier, Captain of the HMS Terror and second in command of the expedition. He is a brilliant sailor and captain, but an Irishman who has reached his glass ceiling in the British Royal Navy and has become disillusioned with its pomp and politics.

Additional casting includes Ciaran Hinds (Game of Thrones, Rome) as Sir John Franklin; Paul Ready (Cuffs, Utopia) as Henry Goodsir; and Adam Nagaitis (Houdini and Doyle, Suffragette) as Cornelius Hickey. All will play integral members of the crew aboard the ships. Tobias Menzies (Outlander, Game of Thrones), who was previously announced, rounds out the casting as James Fitzjames, a member of the Royal Navy.

“The story of man’s battle with nature and an unknown predator makes The Terror a gripping and imaginative series, and calls for a special kind of actor,” said Joel Stillerman, president of original programming and development for AMC and SundanceTV. “We are thrilled to expand our relationship with Jared Harris and look forward to watching him transform into the complex and fascinating character of Captain Crozier. We are also delighted to work with this versatile and talented cast and share with audiences the despair and horror inside this journey of survival, hope and recognition.”

AMC is home to some of the most popular and acclaimed programs on television. AMC was the first basic cable network to ever win the Emmy® Award for Outstanding Drama Series with “Mad Men” in 2008, which then went on to win the coveted award four years in a row, before “Breaking Bad” won it in 2013 and 2014. The network’s series “The Walking Dead” is the highest-rated series in cable history and the number one show on television among adults 18-49 for the last four years.  AMC’s other current original drama series include “Better Call Saul,” “Hell on Wheels,” “Turn: Washington’s Spies,” “Halt and Catch Fire,” “Humans,” “Fear the Walking Dead,” “Into the Badlands,” “The Night Manager,” “Preacher,” “Feed the Beast” and forthcoming “The Son” and “The Terror.” AMC also explores authentic worlds and discussion with original shows like “Talking Dead,” “The Making of The Mob,” “Comic Book Men,” “Ride with Norman Reedus” “The American West” and “Geeking Out.” AMC is owned and operated by AMC Networks Inc. and its sister networks include IFC, SundanceTV, BBC America and WE tv. AMC is available across all platforms, including on-air, online, on demand and mobile.