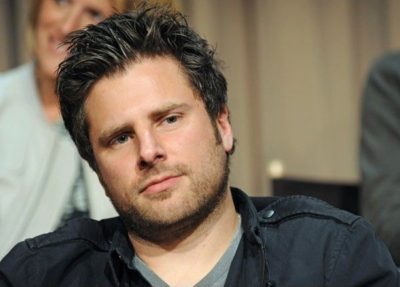 NEW SERIES TO PREMIERE IN 2017

Roday is best known for his eight-year run as the hyper-observant consultant detective Shawn Spencer on UCP’s and USA Network’s hit comedy series “Psych,” for which he also wrote and directed several episodes. He made his theatrical directorial debut with the horror-comedy “Gravy” and has directed several well-known television series including “Rosewood” on Fox and “Rush Hour” on CBS. Additional acting credits include “Stuck,” “Baby, Baby, Baby” and the upcoming festival award-winning “Pushing Dead.”

“It’s great to have James back in the family,” said Richard Rothstein, Executive Vice President, Current Programming, Universal Cable Productions. “He’s beloved by fans for his portrayal of Shawn Spencer from ‘Psych,‘ but we’ve also come to know him as a terrific director who loves genre. We can’t wait to see his vision come to life on ‘Blood Drive.’”

“‘Blood Drive’ is a gooey, dystopian all-you-can-eat buffet for genre fans like me,” said Roday. “There’s honestly nothing quite like it on television right now. I signed up with aplomb. It’s great to be back at UCP and to work with such an incredibly talented, collaborative team.”

Set in a near-apocalyptic future, the 13-episode series centers on Arthur Bailey (Alan Ritchson, “Black Mirror” and “The Hunger Games: Catching Fire”), the last good cop in Los Angeles, and Grace (Christina Ochoa, “Animal Kingdom”), his dangerous femme fatale partner with an agenda of her own. When Grace is forced to partner with Arthur, she’s not thrilled, to say the least. Grace may soon learn that this genuinely moral, nice guy is also a determined survivor, with whom she may have more in common than she had ever imagined

The gruesome thriller is from UCP and executive producers John Hlavin (“Shooter” and “The Shield”), Fredrik Malmberg (“Conan the Barbarian”) and David Straiton (“Bates Motel” and “Hemlock Grove”), who will also direct.  James Roland, who created the series and penned the pilot, will also serve as co-executive producer.  Mark Wheeler will serve as producer. The series is currently in production in South Africa.