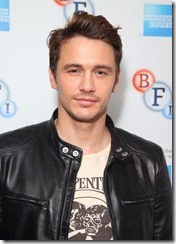 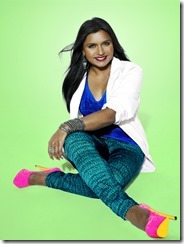 The unpredictable James Franco writes books, spoofs himself in movies and turns up on soap operas. We never know what he’ll think of doing next until he does it. This time, he’s signed for a two-episode arc on The Mindy Project that will kick off the show’s new season on September 17th & 24th.

The Oscar®-nominated Franco will play Dr. Paul Leotard – the doctor who replaces Mindy Kaling’s titular character while she’s on a volunteer mission in Haiti. Leotard has a peculiar backstory that involves Fashion Week and a pregnant woman. For details, check out the press release after the jump.

Franco will play DR. PAUL LEOTARD, the charismatic and popular doctor who replaces MINDY (Mindy Kaling) at Shulman & Associates while she is in Haiti on a volunteer mission. A former professional fashion model, Dr. Leotard radically altered his career goals after he accidentally walked off a runway at fashion week and was saved by a pregnant woman. From that day forward, he devoted himself to helping pregnant women and immediately applied to medical school.

One of the most celebrated actors of his generation, James Franco is perhaps best known for his Academy Award-nominated performance as mountain climber Aron Ralston in the acclaimed 2010 feature “127 Hours.”  Equally adept at comedy as he is at drama, Franco also has starred in several box office comedy hits, including “This is the End” and “Pineapple Express.” Other starring roles in films include “Oz the Great and Powerful,” “Rise of the Planet of the Apes” and “The Spider-Man” franchise. Franco’s breakthrough starring role was on the now-classic TV series “Freaks and Geeks,” and he continues to appear on the small screen in series such as “Hollywood Heights” and “General Hospital.” Franco will also be seen in his own feature adaptation of William Faulkner’s “As I Lay Dying,” which he directed.

Heading into its sophomore season, THE MINDY PROJECT, is a single-camera comedy from Emmy Award-nominated writer/producer and New York Times best-selling author Mindy Kaling (“The Office”) that follows a skilled OB/GYN (Kaling) trying to balance both her personal and professional life.

THE MINDY PROJECT is produced by 3 Arts Entertainment in association with Universal Television. The series is created and written by Mindy Kaling. Kaling, Howard Klein, Matt Warburton, Michael Spiller and Jack Burditt are executive producers. “Like” THE MINDY PROJECT on Facebook at www.Facebook.com/TheMindyProject. Follow the series on Twitter @MindyProjectFOX and join the discussion at #themindyproject.